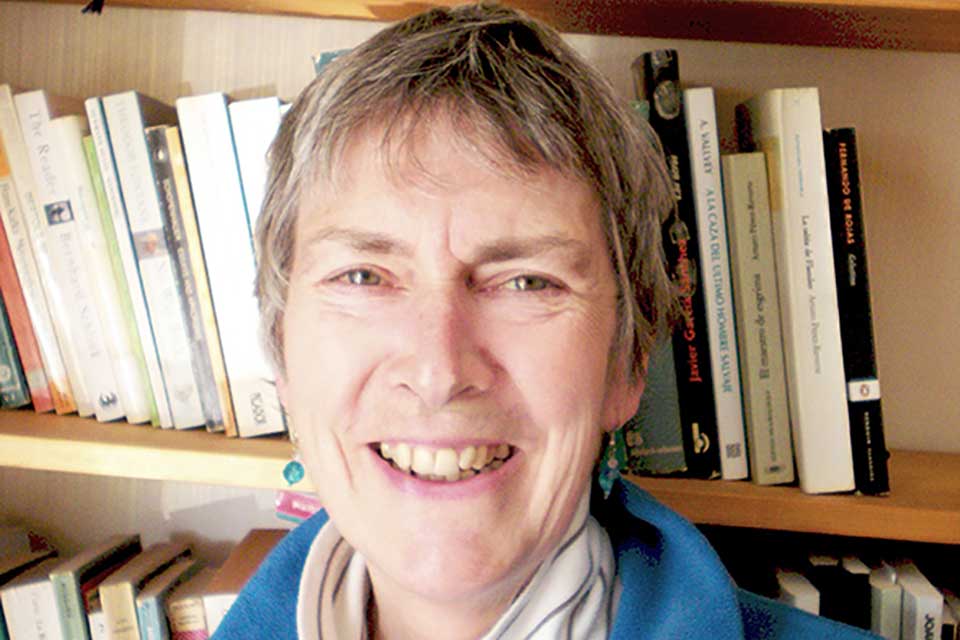 Margaret Jull Costa is one of the most accomplished and decorated translators currently at work. A translator for over thirty years, she debuted with a translation of The Hero of the Big House, by Álvaro Pombo, and she was made an Officer of the Order of the British Empire in 2014. She has received over a dozen major translation prizes and has translated works by Javier Marías, Nobel Prize winner José Saramago, Bernardo Atxaga, and many others.

Veronica Esposito: Your first translation was published in 1986, and you’ve been actively publishing translations for over three decades since then. What are some of the most important changes in the field you’ve seen in that time?

Margaret Jull Costa: There are far more books being translated from a greater variety of languages, and there are more translators, too. This is largely thanks to the many wonderful independent publishers willing to take a risk, and who care more about the quality of the book than about publishing best-sellers. Also, a number of countries offer translation grants, and that has made a big difference, too.

Esposito: I think also there’s a lot more support for translation from academic institutions, which has allowed for the greater number of translations that you mentioned. Although it’s hard to imagine, when you began translating, there was no such thing as the internet and the search engine. Of course that means that the research associated with translation meant something entirely different than it does now. How have these changes impacted your translation practice?

Jull Costa: I lived in Cambridge at the time and used to spend a lot of time in the university library looking things up, and although that was very enjoyable, it was also far more time-consuming. The internet is the biggest reference library ever, and being able, for example, to find pictures of a particular church in a small Spanish village in a matter of seconds or what an agricultural implement actually looks like or how a word or phrase is used in Spanish or Portuguese is just extraordinary, and something for which I feel grateful every day.

Esposito: Many other translators are probably grateful as well that so much labor can be saved now. What are some things about literary translation that you don’t think will ever change, no matter how much the field evolves in coming years?

Jull Costa: There will always be languages and authors that remain pretty much ignored, although, again, it’s the small publishers who do what they can to remedy this. And English will continue to dominate the publishing world.

There will always be languages and authors that remain pretty much ignored, although, again, it’s the small publishers who do what they can to remedy this.

Esposito: You’ve consistently translated books that have pushed the envelope in terms of what Spanish and Portuguese literature means to English-reading audiences. What advice would you give to younger translators looking to similarly open up the literatures that they translate?

Jull Costa: Much of this has been pure chance, and I’ve been very lucky in being offered amazing authors to translate—Javier Marías, José Saramago, Eça de Queirós, etc. I have also found publishers for authors I particularly love—Ana Luísa Amaral (see WLT, Summer 2020, 53), Sophia de Mello Breyner Andresen, Julián Ayesta, Lídia Jorge—and I’ve had more success in that respect as I’ve become better known as a translator. As for advice to younger translators: if there is an author you really love, then see if you can find a publisher who would be a good match. It’s sometimes worthwhile approaching the writer’s agent and asking if they would like you to do a sample (for which you should be paid). Assuming the writer has an agent, of course.

Esposito: That’s good advice. Translation is a field that depends so much on small presses dominated by a particular aesthetic that even if it’s a great writer, you could still get a “no” just because it doesn’t make sense for their list. You really have to do your research and find the right publisher for your author. Speaking of helping young translators, you’ve given back to the field by mentoring some of the best young translators working today. What do you try to impart to your mentees?

Jull Costa: Mentoring has been such a joy, and I often feel I have gained more from the experience than they have, and it’s been so satisfying to see them thrive and grow. I have now done a number of co-translations with Robin Patterson and am currently working with Annie McDermott and Tom Bunstead on two other projects. I suppose the main thing I try to inculcate is the need to edit and keep editing, and never think: “Oh, that will do.” It won’t! My other mantra is keep reading in your own language.

I suppose the main thing I try to inculcate is the need to edit and keep editing, and never think: “Oh, that will do.”

Esposito: Those are really important things for all translators to keep at the forefront of their translation practice. One thing I admire about your work is that you’re often a completist in terms of sticking with a particular author throughout their entire oeuvre. Who are some authors whose entire oeuvre you would like to translate?

Jull Costa: I’ve just discovered an amazing Portuguese writer, Maria Judite de Carvalho, who I’m translating at the moment. She only wrote stories and novellas, so I might manage to get all those translated before I go . . .

Esposito: In addition to being a completist, you’ve also done your share of retranslations, a part of the translation world that receives comparatively less attention than other things. What books do you believe are ripe for retranslation in coming years?

Jull Costa: Some of the novels of the nineteenth-century Spanish author Benito Pérez Galdós would benefit from fresh translations, I think, simply because the early translations were done a very long time ago and the translations don’t always do justice to Galdós’s style. I’m hoping to do new translations of a selection of Vallejo’s poetry, not because the other translations are no good, but because I think I can bring a fresh eye and ear to them. Such arrogance!

Esposito: That’s just what retranslations are about—the arrogance, or maybe the courage, to try and bring a new eye and ear to an author whom we think we know so well. And that’s a great thing about translation: the major texts are so rich that they can sustain the eyes and ears of many, many translators. If you could have everything exactly as you wanted it, what is one change you’d make to your translation practice?

Jull Costa: The only change, if I can call it that, is one over which I have no control. I’d like more time, because there’s still so much I want to translate, especially poetry.

Editorial note: This is the tenth in Veronica Esposito’s monthly series, En Face: Conversations on the Future of Translation, which will run throughout 2020.