Narrated by a chorus of male voices, this story recounts the details of an incident that occurred in a company of only male employees, triggered by the entry onstage of a mysterious woman. With its unsettling tone and distinct rhythm, this story is among the best short pieces of noir fiction.

Editorial note: This story won first prize in the fifth edition of the “Stories of Women” Short Story Competition, Spanish-language category, organized by the city council of Santurtzi, Bizkaia, Spain, in 2004. It is part of the short-story collection Mensajes en la pared (2006). English translation copyright © 2021 by Charlotte Coombe. 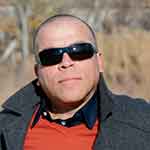 Víctor Vegas is a novelist, short-story writer, and playwright, born in Barquisimeto, Venezuela, in 1967. Both his narrative and dramaturgical works have obtained international recognition through publications, awards, and performances. His most recent titles are the novels La edad del rock and roll (2015) and Me llaman Big (2019), the collection of stories La naturaleza de las cosas (2018), and the short plays Una sensación vital (2016) and A Kind of Magic (2021) 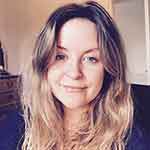 Charlotte Coombe is a British literary translator working from French and Spanish into English. A two-time PEN Translates award winner and shortlisted for the Valle Inclán Translation Prize in 2019 for her translation of Margarita García Robayo’s Fish Soup, she is also co-founder of the Translators Aloud YouTube project, which shines a spotlight on literary translators reading from their work. She is currently co-translating En diciembre llegaban las brisas by Colombian author Marvel Moreno (Europa Editions, 2022)