A Baker’s Dozen of 2021 Translations

There’s never enough space to cover them all, but in an effort to account for as many titles as possible, here are thirteen 2021 translations for your reading list, including novels, nonfiction, poetry, young-adult, and a children’s book.

In this debut novel, a dark comedy translated from the Arabic, Yassin Adnan gives readers a portrait of contemporary Morocco and the city of Marrakech. 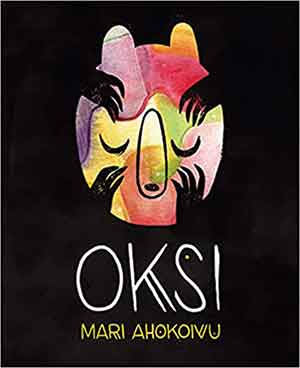 Finnish folklore—mothers, daughters, legends, gods—populate this graphic novel for young adults that School Library Connection called “a must for libraries with folklore and world culture collections.”

In this debut collection of stories, Choi Eunyoung balances the personal with the political in her intimate portraits of the lives of young women in South Korea.

The Mediterranean Wall: A Novel

This novel from Haitian writer Louis-Philippe Dalembert, translated from the French, follows three women—from Nigeria, Eritrea, and Syria—as they struggle to find freedom in Europe.

A small Midwestern city is unraveling in this novel by Argentine author Betina González. Deer, dropouts, and discord cause a taxidermist at the natural history museum to get involved.

I’m in Seattle, Where Are You?

In this memoir translated from the Arabic, Iraqi writer Mortada Gzar writes of love at first sight and his marginalization in both Iraq and then the US.

The Woman in the Purple Skirt: A Novel

This Akutagawa Prize–winning novel from Japan has a woman in a yellow cardigan watching a woman in a purple skirt. Off-kilter and suspenseful, the story comments on the vulnerability of unmarried women.

the beginning of water

A master of the luc bat form (alternating lines of six and eight syllables), Tran Le Khanh is considered one of the poets bringing fresh air to Vietnamesse poetry.

Trans. Charlotte Collins (from the German trans. by Alexander Behr)

Persecuted for his political activism, Emmanuel Mbolela left the Democratic Republic of the Congo in 2002. Six years later, he received political asylum in the Netherlands. Here he documents his odyssey, bringing into focus migrants’ lives. 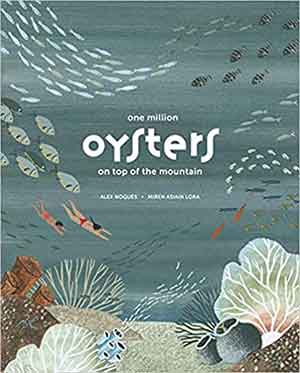 One Million Oysters on Top of the Mountain

This translation from the Spanish, written by a geologist, offers a journey through the movements of seas, strata, and tectonic plates for kids ages six through ten.

Translated from the Italian and illustrated in black and white, this graphic novel brings to life the Brontë sisters.

This translation from the Spanish finds Juan Villoro walking through Mexico City, describing what he sees, drawing connections, and reflecting on the city’s social history.