In a field near the Gaza Strip, a missile strike, visions, and onlookers searching for an explanation.

In the middle of the field, not far from the Gaza border, filled with a raging fire and fervor, Guy was burning up inside. Gathered around him by then were the security coordinator on behalf of the army, a patrol jeep, an ambulance from which a paramedic and a young female medic had emerged, and the moshav secretary.

The paramedic, an ultra-Orthodox man of around thirty, took charge of the negotiations.

“Up you get, son. We want to take you for tests to see if everything’s okay.”

Sprawled on the ground, toying with clods of earth and calling out longingly to a living God, Guy was unresponsive.

“You need to come with us, buddy. A missile has just fallen here and we have to make sure you haven’t been hit by any shrapnel, God forbid.”

The young medic, boasting a long ponytail, approached Guy, touched him gently, and asked: “Is everything okay?”

Guy looked up at her, his eyes awash with visions, his mouth filled with dirt. He fixed everyone with a prolonged stare before burrowing into the earth again.

“He’s suffering from post-trauma or an anxiety attack,” the medic said to the paramedic. “He needs immediate attention; the initial moments after the incident are the most important.”

The circle around Guy was growing ever larger and had turned into a tight noose. Hefetz, who owned the field, moshav residents, media crews, police vehicles, the school psychologist, who was summoned from her home in the neighboring community, and also, as bad fortune would have it, Guy’s father.

Guy didn't get to his feet and didn’t even look away.

Looking on from the side and waiting for someone else to take the reins, the paramedic appeared pretty shaken up. Natan, one of the police officers, decided therefore to assume control. “What’s the problem?” he asked the paramedic. “Why won’t the kid get into the ambulance?”

“Beats me,” the paramedic replied. “He’s talking to G_d.”

“Can’t he talk to Him on the way to the hospital?” Natan sniggered. “Come on, then,” he continued with an air of authority, “we’ll lift him into the ambulance. On my count. When I get to three, we’ll lift him together. Everyone grab an arm or a leg.”

Natan and the paramedic took up position alongside Guy’s head; Hefetz and a second police officer stood by his feet. Guy’s incoherent babbling continued.

Guy remained frozen at first. But the moment he left the ground, he let out a blood-curdling scream that caused Hefetz to lose hold of his leg.

Hefetz tried to grab onto Guy’s leg, which was moving up and down at lightning speed. Three additional men moved in to take hold of Guy. A savage roar escaped him, rolling through the furrowed earth.

Three additional men moved in to take hold of Guy. A savage roar escaped him, rolling through the furrowed earth.

The photographer from the Ynet news site aimed his lens at the scene.

Guy fixed the photographer with an icy stare and stopped flailing his arms and legs. “Shoot, shoot,” he said instead, a metallic tone to his voice. “Something big is happening. And you,” he added, addressing his captors, “let go of me at once.”

The photographer clicked away. The sun screamed.

“Let go of me,” Guy reiterated. “I need to say something.”

“Put him down, put him down,” Dafna cried out. “Let’s hear him out. Enough of this, enough with this violence; it’s only traumatizing him even more.”

Going through Dafna’s mind, in a continuous loop, were all the occasions on which Guy had visited her office, accused of something, berated for something, questioned about something, suspended from school.

Going through Dafna’s mind, in a continuous loop, were all the occasions on which Guy had visited her office, accused of something, berated for something, questioned about something, suspended from school. A stifling rush of panic rose to her throat. She’s responsible for his emotional well-being; she’s the professional who was supposed to steer him straight. Yes, she had advised his parents more than just once or twice to explore the option of more in-depth psychological therapy, a suggestion that was rejected with much derision; nevertheless, however, she bears responsibility. She was afraid of the boy. She had always been afraid of him. The fierce look in his eyes. His impulsiveness. She aimed her panic at the photographer.

“Do as you’re told! Turn off your camera! What’s wrong with you?”

The men holding on to Guy stood there at a loss. For one, there’s Natan, the cop, who appears hell-bent on forcing the kid into the ambulance. Two, that woman who’s crying out for them to let him go. Three, the photographer with his damning evidence aimed in their direction. Four, the shameful discomfort involved in the octopus hold. And five, the kid. His voice. His burning body.

They let him go. Guy lay down flat on the ground, consumed by a sense of yearning.

“Guy,” Dafna approached him, “you need to be looked over and cared for. Nevertheless, we don’t want to take you against your will. You said you had something to say. What do you want to tell us?”

From his supine state, Guy raised himself into a sitting position, his hands toying again with clods of earth as if he were playing with worry beads. He took a deep breath. The large crowd looked on, intrigued. The camera pulsed full force. 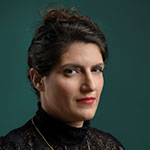 Moria Dayan Codish is a literary scholar and editor, creative writing teacher, and a writer. Her novel Turtles was published in 2018 by Kinneret Zmora Dvir. 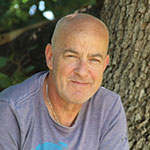 Photo courtesy of the translator

Steven Cohen has worked as a translator for more than thirty years and, as a journalist, on the desk of the International Herald Tribune–Haaretz English edition. He currently lives in Hod Hasharon.