Thirteen Ways of Listening to a Blackbird 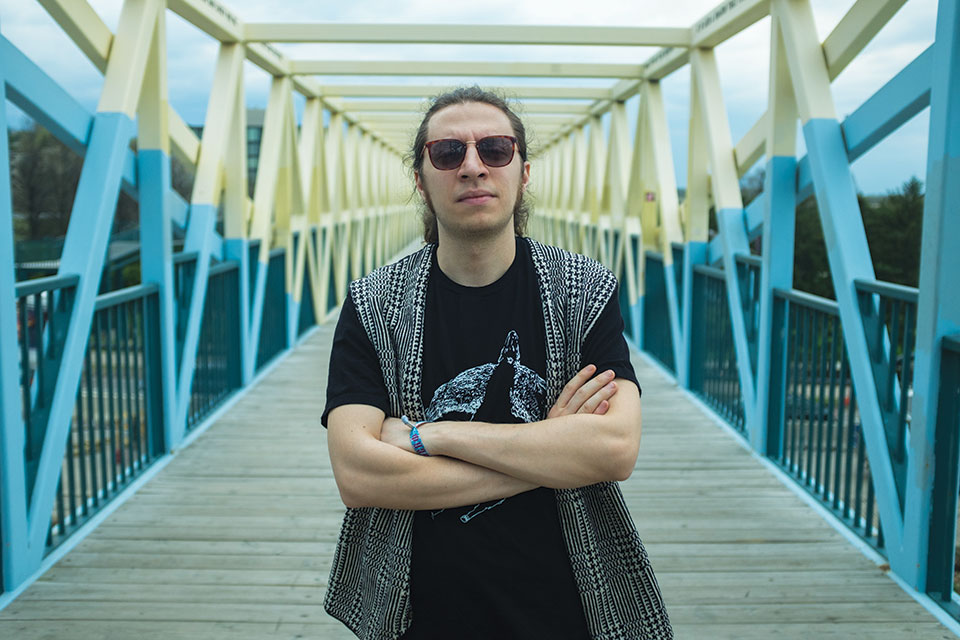 Hello Psychaleppo’s third release, Toyour, draws inspiration from a wide variety of sources, some musical, some literary, and all celebrating the rich cultural history of the Arab world. The “band” is the brainchild of composer Samer Eldahr, a Syrian now triply displaced as he fled to Jordan to escape the erupting violence in his homeland before moving on to Beirut and, finally, to Minnesota, where he currently resides. While his first two albums reflect the rigors of keeping a dance floor packed and in motion, Toyour finds Eldahr in a more contemplative and experimental mood.

For this record, Eldahr turned to a classic collection of parables, Mant˙iq-ut˙-T˙ayr (Eng. The Conference of the Birds, 2017), first composed by Syrian poet Attar of Nishapur in the twelfth century. The album’s title, Toyour, means “bird” in Arabic and is referenced most directly in the album’s opening track, “Anqa” (Phoenix). This majestic piece rises like the titular mythical beast with ambient noise, bird calls, and chord swells until the chirpy melody and sound bed are dropped seamlessly into a propulsive drum pattern. About two minutes into the track, the unmistakable voice of fellow Syrian and fellow refugee Asmahan rises up through the mix—a moving song about birds recontexted more than eighty years distant from the original recording, subsequently planted into a bed of terse chords and, in time, a more syncopated and urgent beat. Clocking in at just under five minutes, the composition swerves through numerous tempo and timbral shifts while impressing with its canny sense of the cinematic.

Eldahr’s presence as a composer and performer outshine his considerable gifts as an arranger on Toyour, and the result is a record that has far more in common with electronica pioneer Jean-Michel Jarre than Skrillex. The track “7am” stands out as a particular tour de force. The piece is built up around a recording of Syrian singer and composer Bakri al-Kurdi, distressed by effects until almost unrecognizable as a voice. Midway through the piece, Eldahr provides a vocal melody, itself distorted by the use of a vocoder, but aching in the way it deftly puts the semitones for which Arab music is known proudly on display. All this is framed by quacky synthesizer tones perhaps once intended to simulate steel drums and strings but now charming on their own merits. There are layers upon layers like this within every song to peel away and admire.

These two songs provide a blueprint for understanding the album as a whole. Each track is built around some audio artifact from twentieth-century Arab music that also references birds. Though these interwoven performances may not “read” to the uninitiated listener beyond sounding cool, the album breathes new life into music that was produced during what many remember as a golden age for secular culture in the Arab world—a world that has since been consumed by violence-driven political corruption, religious polarization, yawning economic inequities, and a corrosive erosion of democratic and egalitarian ideals. As the listener unravels the skein that leads back to each piece of imported material, Eldahr’s profound love and pride for the centuries of rich culture that underpin his own efforts as a composer are unmistakable.