The Ever After of Ashwin Rao by Padma Viswanathan 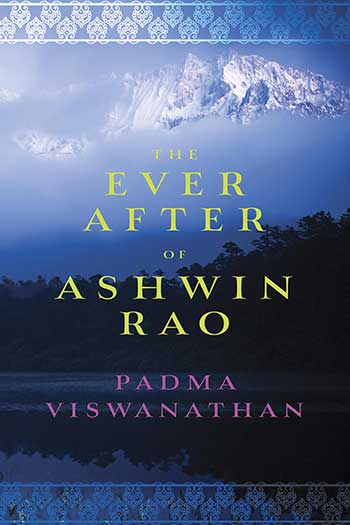 In her second novel, Padma Viswanathan takes on a difficult subject—the 1985 bombing of an Air India plane on its way from Montreal to Delhi—and approaches it from the vantage point of 2004, during the trial of the two main suspects. The narrator, Ashwin Rao, is a psychologist who has lost his sister and her children in the crash. His aim when the novel opens is to write a book, “a study of comparative grief,” setting the record straight about how those who lost loved ones are faring twenty years after the event.

It quickly becomes apparent that Rao is a difficult man—unmarried, prickly, and prone to second-guessing everyone and everything. Educated in Canada, he went back to India and has returned to Canada for the trial and to interview those touched by the bombing. He is scornful of other books about the tragedy, citing and quoting from Clark Blaise and Bharati Mukherjee’s 1987 work The Sorrow and the Terror. But he is not completely without humor—as he says, “I am not a misanthrope even if I don’t like most people.”

The one person he truly values, aside from his lost and maybe-to-be-recovered love Rosslyn, is Professor Sethuratnam (known as Seth), the closest friend of Dr. Venkataraman (known as Venkat), who lost his son and wife in the bombing. At times Seth shares the narrative, but in a third-person limited-perspective voice. The relationship between these three men, one very lonely, another surrounded by family but still seeking spiritual solace, and one completely unhinged, is beautifully rendered and is, in fact, the essence of the novel, which is more character-focused than plot-driven. The domestic scenes of Seth’s interactions with his wife and daughters are filled with such excellent dialogue and description that the reader comes to long for even more of these characters.

But Viswanathan has more on her mind than domestic matters. Interwoven in the narrative are large issues such as racism in Canada, the justice system, terrorism and its causes, and the joys and pitfalls of guru-driven spirituality. She often observes these large ideas through small and specific interactions and, for the most part, handles these matters well. But in those instances where she strives to make large statements, the novel can become preachy, and we lose the narrative ease that often works so well. These moments, along with Rao’s frequent allusions to literary quotes that seem pasted on to his character rather than intrinsic to it, can be seen as signs of insecurity, of a writer’s overreaching to make an intellectual literary splash.

There is no doubt that Viswanathan can write, and write well; the flaws are minor annoyances in a rich and absorbing novel. Shortlisted for the 2014 Scotiabank Giller Prize, the US edition of the novel is forthcoming from Soft Skull Press in June 2015.