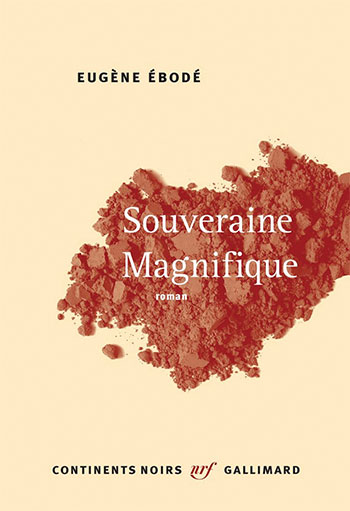 Eugène Ébodé, of Cameroonian origin but having lived and worked in France for many years, was one of ten African writers invited by Fest’Africa to go to Rwanda in 1998 to describe their experiences after the genocide. While several of the writers soon published novels or collections of stories—the best known is probably Tierno Monénembo’s L’aîné des orphelins (2000)—Ébodé initially only contributed to an article describing the political situation he had seen. Later he returned to Rwanda to meet Souveraine Magnifique, whom he interviews twenty years after the genocide. Souveraine Magnifique is a reconstruction of her experiences, sometimes in her own voice, sometimes in his voice as narrator.

Souveraine gives the narrator detailed explanations of her life as a small child, and of the differences between the Longs (i.e., Tutsis) and the Courts (Hutus), with occasional references to the Très Courts (the Twa, Pygmies). She often describes her family’s love of milk and cows. Her family, the Magnifiques, had always had good relations with their Hutu neighbors, the Constellations; the wife, Mélancolie, had taught Souveraine to read.

When she was eight years old, Modeste Constellation came into the Magnifiques’ house during the time of the genocide. Her father, sensing a possible problem, hides his daughter in a cupboard. There she sees Modeste hack off her father’s head and his testicles, try to force her mother into a sexual act, then destroy her unborn child before beheading her as well.

Souveraine describes how she was saved by a neighbor, a Muslim convert, who helps her escape to the Congo, where she lives with his uncle for fifteen years before returning to her home. When the narrator speaks of his admiration for a well-known Congolese musician, Souveraine can only speak of how she was not happy with her life in the Congo, which she found too disordered. He is critical of her praise for the order in Rwanda, which she feels is in the genes of her compatriots.

The narrator meets one of the judges of the gacaca, a woman whose own husband, a Hutu, had been killed defending his Tutsi wife. She describes the trial of Modeste Constellation. He is unwilling to accept any personal guilt, blaming instead several men who are now either dead or have escaped from Rwanda. He tries to divert attention by calling a young judge “grandfather.” He even says the Tutsis may be responsible for the violence. He is, however, condemned to seven years in prison and five years working to build a cobbler’s shop in memory of Souveraine’s father, Donatien Magnifique. Through the auspices of a nongovernment association, “To be reborn together,” Modeste and Souveraine are given joint ownership of a cow, Doliba. Souveraine is not happy about the arrangement, but she loves Doliba and is sure that the cow prefers her to Modeste.

Souveraine Magnifique portrays clearly the tensions in Rwanda twenty years after the genocide.