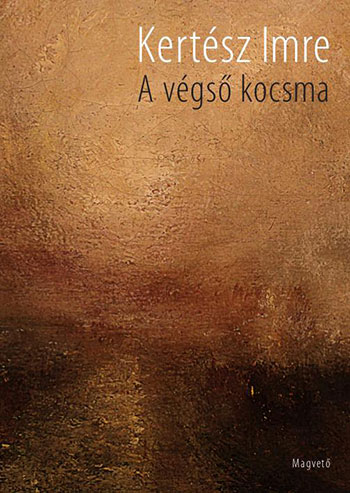 The Nobel Prize–winning writer Imre Kertész always focused his writing on two broad themes: the Holocaust and his own experience of post-Holocaust existence (see WLT, April 2003). A végső kocsma (The final tavern) may well be Kertész’s swan song (he is over eighty-five), and it also fits the above pattern with a somewhat disjointed, postmodern structure.

This book, then, is no conventional fiction. Neither is it just a collection of aphorisms or personal notes; what we find here are two sketches for a would-be novel separated by entries from Kertész’s diaries from 2001 onward. For students of his work, these notes are most valuable, although they hardly occasion surprise. While the author rejects vindictive nationalism, he is not in favor of multiculturalism either, finding the threat of extremist Islam growing by leaps and bounds. One of his recurring themes is identity, a much-discussed problem in twenty-first-century Europe.

Kertész denies having either a totally Hungarian or a dominant Jewish identity—he claims that in fact he is successor to the presently nonexistent Jewish literature of Eastern Europe, mostly written in German. “My misfortune,” he says, “is that I write in Hungarian, but I am fortunate because I was translated into German.” This statement leaves open two questions: whether Kertész writing in his native tongue enriched not only European but also Hungarian literature and, if so, whether his work—now available in most languages—could have been written with the same intensity in a “borrowed” language, for instance in German.

While acknowledging his indebtedness to Kafka and Camus, Kertész on the whole steers clear of modern/contemporary literature. He has a soft spot for János Pilinszky, the Catholic existentialist poet, and at one point he quotes Rilke, but on the whole he enjoys music more than poetry. While admired by András Schiff and having a good relationship with Daniel Barenboim, his friendship with composer György Ligeti steadily deteriorates. First, he seems to be touched by the Hungarian-born composer’s “moving frailness” and his determination to carry on working in spite of his physical condition, but when he finds out that Ligeti did not respond well to his more recent writing, the tone of his remarks becomes bitter. He complains about the composer’s alleged “envy” and states peevishly that “frankly, I did not like either him or his music.” While Bartók may have been the greater composer of the two, Kertész’s attitude to the remarkable and hugely talented Ligeti sheds light on the writer’s vanity and occasional small-mindedness, which could of course partly be a result of his illness and recurring bouts of depression.

Lately there was consternation in the Hungarian liberal press about Kertész’s acceptance of the highest decoration of the Hungarian State, the Order of St. Stephen. From someone who earlier stated that “Christianity in Hungary is an empty political formula,” this was perhaps a surprising move. On the other hand, his decoration coincided with his final return to Hungary, ostensibly for medical treatment, after many years spent in self-imposed exile in Berlin. It is ironic that after numerous attacks against him in the Hungarian right-wing press, Kertész is now embraced by a government that otherwise ignores or even rejects values that do not fit in with its nationalist-populist agenda. One thing is certain: while his most famous work, Sorstalanság (1975; Eng. Fatelessness, 2004), may find a place in the Hungarian school curriculum, this will not be the fate of A végső kocsma, a gloomy book that perhaps confirms but does not greatly enhance his reputation.