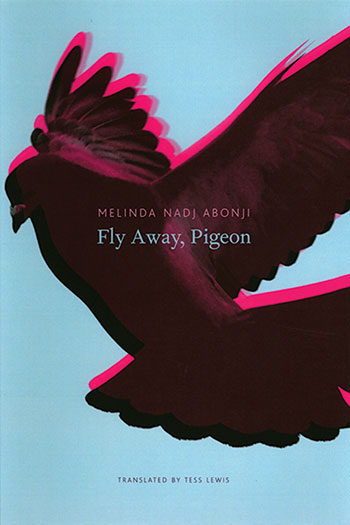 As this autobiographical bildungsroman, winner of the Swiss and German Book Awards in 2010, traces the journey of its protagonist, Ildikó (Ildi) Kocsis, from Vojvodina to Belgrade to Switzerland, it represents both the diaspora experience and the intertwined, multigenerational histories of Ildi’s family and their “homeland,” a multiethnic region that in the twentieth century passed from the Hapsburg Empire to the Kingdom of Croats, Serbs, and Slovenes, Tito’s Yugoslavia, and, finally, Serbia.

This novel repays close reading. Its lyrical nostalgia, tempered by Ildi’s tough, ironic eye, etches the fate of those displaced by history, outsiders at home and abroad, while its seemingly artless structure deftly renders this young woman’s struggle for self-discovery amid disparate cultures and fragmented histories (many emerging through stories told by her mother, Rósza, or Mamika, the mother of her father, Miklós). The first-person present lends immediacy. The nonlinear “plotless” plot, begun in medias res, circles back to amplify the start. Proliferating commas build long sequences of phrases. Chapters shuttle internally between Vojvodina and Switzerland (often through family visits in a series of Western cars that embody her father’s love of the West). Paragraphs may span more than a page. Yet these techniques effectively mimic organic memory, connecting apparently random scenes and accruing the successive details that a singular phenomenon, like Proust’s madeleine, can evoke.

Ildi’s parents create the tensions that she (and Nomi, her younger sister) must confront. Oppressed by successive waves of fascists, communists, and nationalists, their land confiscated, these members of the Hungarian-speaking minority in post–World War II Yugoslavia want socioeconomic and political security for their daughters. Outsiders in their homeland, they emigrate to Switzerland in the 1970s, depositing their little girls with Mamika, who becomes—in her simple life, resilience, wisdom, and warmth—Ildi’s lost mother, her ultimate “homeland.”

The novel hauntingly distills East/West relations and the problems of diaspora. In Vojvodina, “the nightmare of history” killed Miklós’s father, took the Kocsis lands, and gave them no outlet for honest work. In Switzerland, both parents work hard, acquire citizenship, run a laundry, then a small café. Yet after opening a more up-scale establishment, Rósza tells Ildi that they still lack “human status.” During the Bosnian War, meanwhile, their ostensibly civilized Western clientele smugly utter negative stereotypes of the Balkans, one anonymously smearing feces throughout the men’s bathroom. Ildi, now tired of masking her identity, spots the flaws beneath the Swiss mask of cultural superiority. Her parents still preaching assimilation, Ildi retorts, “Assimilate to shit?”

The translation falters only in its title, Tauben fliegen auf. This does not exhort pigeons to fly away but states, rather, that they do. Unlike her cousin Béla’s trained pigeons, so protected he keeps them in his parents’ attic when he moves across the street, Ildi will at last “fly off” to a tiny flat on a bypass near the city center. With Nomi leaving flowers in a communal Swiss graveyard to commemorate Mamika and their vanished homeland, she embraces a future that yokes her present to her past.