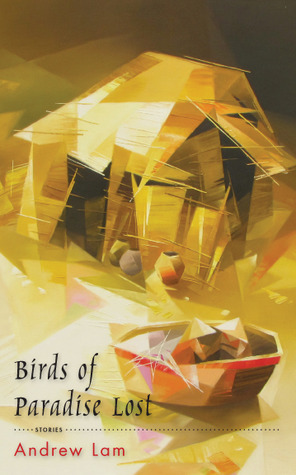 Andrew Lam, author of the essay collections Perfume Dreams: Reflections on the Vietnamese Diaspora and East Eats West: Writing in Two Hemispheres (see WLT, Sept. 2010, 14), now offers his first collection of fiction—Birds of Paradise Lost. All three books cover similar material: the exodus of Vietnamese fleeing the fall of Saigon and its subsequent aftereffects as they remake their lives in the San Francisco Bay area.

The stories that focus on immigrants themselves are alternately tragic and humorous. Among the tragedies is a husband who, gripping his wife tightly as she dangles from a rising helicopter in Saigon, drops her into the crowd of those left behind. While our sympathies remain with the victims, Lam’s events and characters twist, often uncomfortably so. The man who drops his wife suffers Tourette’s syndrome. A stray voice in the helicopter triggers the uncontrolled release of his grip. Thirty years later, the voice is his nephew’s, who takes joy in making him bark like a dog.

Other stories are more comedic. In “Love and Leather,” Mr. Le, who was a leatherworker in Vietnam, continues his trade, now repairing harnesses and other items in a sex shop. He appears to be perfectly at home, generally assimilated, and financially successful and is able to joke about dildos and other toys with his wife, even as they are protected from that world, in part by the watchful eye of an elderly neighbor, a vestige of Vietnam. “Love and Leather” identifies one key problem addressed in the collection—what are we to think about the displaced who refuse to consider themselves displaced?

The watchful eyes that worry the first generation are American. Lam announces this in “Show and Tell,” wherein the new kid in school, a young Vietnamese who speaks no English, is rewarded with laughter and bonhomie for his broken phrases and mispronunciations. His new American friend makes him the object of show and tell. After the show, Cao Long Dinh concludes, “‘Hee, foock heads, leevenme olone!’ and bow[s] to them, and everybody cracked up and applauded.” So the first generation is introduced. While there is often a kind of redemption, they are less than generously drawn, variously self-loathing, dispossessed, or two-faced. The American Dream that allows immigrants to succeed offers their children little investment in even their own lives, as evidenced by all forms of betrayal, from a nephew’s “Sua Sua!” to the abandonment of any social contract in favor of base materialism.