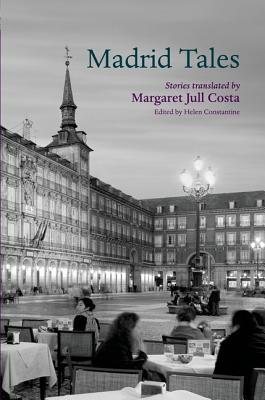 Madrid Tales is a wonderful collection of short stories written by a diverse cadre of authors both well known and not so well known. It introduces the reader to a wide array of Spanish short stories in translation, by such well-known Spanish authors as Benito Pérez Galdós, Emilia Pardo Bazán, and Carmen Martín Gaite. Yet their reputation as preeminent Spanish writers comes from their novelistic output rather than the short-story genre. Hence, it was a joy to read Pérez Galdós’s ”The Novel on the Tram” and Pardo Bazán’s “The Solution,” which introduce elements of humor I had not attributed to either author before reading these stories. Martín Gaite’s “A Clear Conscience” is a poignant tale. The reader is absorbed into the sad experience of the principal character, a medical doctor who is unable to save the life of a small child living in the chabolas (shantytown) outside Madrid.

The other sixteen authors in the collection are lesser-known entities but no less capable or efficient. Their narratives cover multiple themes from murder to father-son relationships, from childish games to the experience of that first kiss, and from prostitutes to solteronas (on-the-shelf spinsters). These narratives are vignettes of lives lived in Madrid: going to the cinema, taking the metro, or going for a coffee and cognac at the corner bar. They are views through a keyhole into the diverse lives of madrileños from 1871 (Galdós) until well into the twentieth century. And it is not only the content of each narrative and the invitation to enter the lives of the characters that intrigues the reader but also the many references to streets and plazas, metro stations and cinemas, that involve the reader even more. For anyone who has visited Madrid, the mention of Cibeles, the Calle de Alcalá, the Plaza Mayor, and the Palacio Real re-create the authenticity of a city and its people.

To further authenticate the locations and the content of the narratives, there are black-and-white photographs accompanying each story. The front cover shows the Plaza Mayor, there is a photograph of the entry/exit to the metro at C/Universitaria, and photographs illustrating the buildings in all their nineteenth-century glory with rows of apartment bells and ornate keys. The photographs illustrate each narrative and place each story in a specific time frame.

For a reader looking to experience Spanish literature in translation, Madrid Tales is a good start. Margaret Jull Costa has chosen nineteen diverse and entertaining stories that allow the reader to begin a journey that will continue. I hope to see Madrid Tales II in the near future.