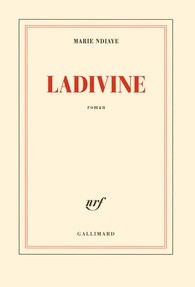 Marie NDiaye’s new novel, with perhaps the most complex plot of any of her works, tells a story of four generations, taking place over more than fifty years. The novel begins from the perspective of Clarisse Rivière, whose life has been shaped by her refusal to admit to those she knows, especially Richard, her husband, and Ladivine, her daughter, that her mother, Ladivine Sylla, is a poor black seamstress. She has taken the name Clarisse to sound more bourgeois, but to her mother, whom she visits secretly, she will always be Malinka. After twenty-five years, her husband leaves her. The perspective changes to that of the daughter, who occasionally sees her mother. After Clarisse has been brutally murdered by a lover she has accepted into her house and even introduced to her own mother, her daughter tries to understand what has happened. Ladivine feels she is being watched by a brown dog, with whom she identifies, and into whom she presumably turns.

The magical, especially the possibility of turning into another species—animal or even vegetable—is a recurring theme in NDiaye’s work. The transformation is a signal for the impossibility of coming to terms with events as a rational human being. In Ladivine, the dog may be Ladivine’s guardian and perhaps that of her children.

Clarisse’s guilt in relation to her family is the underlying theme, only coming to the surface in Richard’s meditations after she is murdered. He left Clarisse Rivière because he always felt unable to understand her. He knows he has taken a second wife partly because she is also named Clarisse. He has never met his daughter’s husband or her two children. Thinking of his daughter “takes him back to the horrible feeling that the three of them had lived together an existence deformed by something that could not be explained and that floated above them, never becoming clear nor disappearing and which had made their life factitious.”

After the trial of Clarisse’s murderer, Richard finally meets Ladivine Sylla, the mother Clarisse had always hidden from him. In the final scene, a brown dog, presumably Richard’s daughter, Ladivine, visits them, bringing joy to the old woman.

NDiaye has often said that she has no relation to Africa, as her Senegalese father left France when she was a small child, but she is often considered an African author and is sometimes classified as African in libraries. As in her earlier works, a racial theme underlies the story, but it is almost hidden. Only once is Ladivine Sylla referred to as black. When her granddaughter visits an unnamed anglophone African country with her husband and children, she is mistaken for someone else, presumably the result of skin color, and she accepts this different identity easily.

NDiaye’s manner of writing has often been compared to Proust’s, with long sentences and much use of the imperfect subjunctive that many modern writers avoid. Here she has created a world of mystery, dream, and sensuality in a very controlled style.