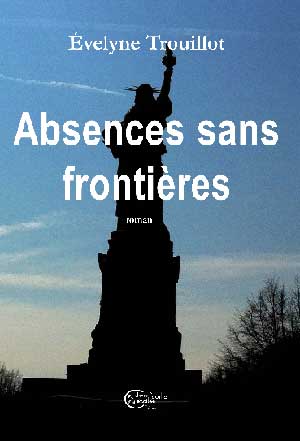 Évelyne Trouillot’s new novel is ostensibly about border laws separating father and daughter. Gérard, having lived in Brooklyn for nineteen years, and his daughter, Géraldine, in Port-au-Prince, communicate by telephone, via ordi and by Skype, but they have never met in person. Having invalid papers, Gérard was advised that leaving the States for Haiti might preclude his return since he refused to declare himself a boat person as his cousins in Miami had done. As he finally prepares to return—having been granted temporary protective status following the earthquake—he wonders, during a walk through the Brooklyn Botanical Garden, if his continually wiring funds from his multiple jobs, his always being on the alert for the police, wasn’t “une longue erreur,” if he weren’t just an envelope from which the joy had been removed.

National boundaries, however, aren’t the only barriers separating family members. Géraldine’s grandmother, Gigi, and the latter’s sister, Cynthia, even though they bought and live in the same house together, don’t really communicate, either. Perhaps because Cynthia’s lovers are women or because she is a greater advocate of truth. Gigi, the former proprietress of a restaurant in Miragoâne patronized by macoutes, wanting to distance herself from the misery of her rural upbringing and avoid repercussions when the dictatorship fell, moved to Port-au-Prince with her younger sister. Her efforts to protect and educate Géraldine can be viewed as part of her drive to distance herself from her past.

A recurrent theme in Trouillot’s work, evidenced by the ending of Rosalie l’Infâme, is her reflection on conception and childbirth. In Absences, Gigi relates, as a prelude, the circumstances surrounding the conception of her daughter, Moline, the result of a consensual one-night stand. Moreover, the entire novel turns on Moline’s conception of Géraldine.

Like Oedipus, Géraldine is a truth-seeker. The truth, discovered after Gigi’s death with fewer complications than Oedipus’s ultimate realization, concerns the status of the man the protagonist thought was her father. Gigi provides the primary resistance to truth. Moreover, Gérard’s prospective return induces nightmares, signs of Gigi’s inner turmoil.

The catastrophes evoked—the attack on the World Trade Center and the earthquake in Haiti—for all the grief they occasioned, are not the novel’s focus. Joining a group of Haitian youths more efficacious than NGOs like Médecins sans Frontières, Géraldine realizes the restrictive nature of the schools and the social milieu she’d been ushered into. The only first-person narrator, Géraldine takes artistic photos, learns, thinks, writes, evolves, but perhaps isn’t a strong enough fictional character to be the focal point of the novel. Moreover, it’s unclear how she will conduct herself in the novel’s open-ended dénouement.

Attempting to integrate the various strands of her novel—border law, gender, economic asymmetry, the generation gap, paternity—perhaps the author took on too much; perhaps its conception was greater than its realization. However, Évelyne Trouillot, like the ancient Greeks, makes crystal clear that tragedy, even if mitigated, is engendered by human beings.