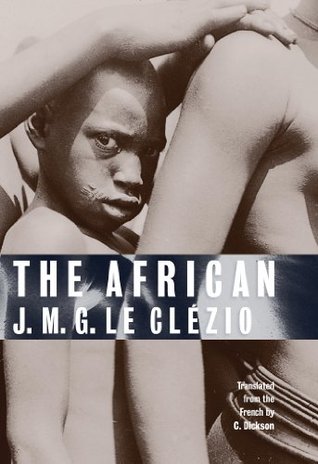 Memoir is about writing to understand, about creating a meaningful narrative from the haze of events, lingering emotion, and sense memory that represent a life lived. In this slender memoir, The African, J. M. G. Le Clézio writes of his childhood in Nigeria and the experience of meeting his father for the first time at the age of eight. While the book is very much about Le Clézio himself and his desire to transform his wordless childhood memories—the impressions and images that still haunt and delight him—into an interpretive account, it is also an attempt to transform his father into a man Le Clézio can understand and even embrace.

The early chapters of The African set the reader down inside Le Clézio’s world of these early years. With energetic prose and poetic skill, he describes their assigned housing, the insects, the weather, the bodies of strangers and neighbors, and makes careful sketches of his family. Despite the distance from these memories, they are joyful, even ecstatic: “It was there, in that setting, that I lived the moments of my wild, free, almost dangerous life. A freedom of movement, of thought, and of emotions that I have never known since.”

But Le Clézio isn’t interested in simply reminiscing—he moves quickly to his father and works to create a detailed portrait of a man whom Le Clézio could not have known. The next few chapters are about his father’s life before he met his own children in 1948: his medical studies in England; his early work in British Guiana; the life that began when he arrived in western Cameroon in 1928 to work as a traveling doctor, first alone and then with his wife; and the most important time of all—the war that separated him from her and their two sons. Without any unnecessary romanticizing, Le Clézio very carefully reconstructs these twenty years of life; he makes them real, explicative, and meaningful.

The narrative that results is Le Clézio’s journey of understanding. His re-created images and conscientious imaginings attempt to explain how his father came to be the man—difficult, embittered, controlling—that Le Clézio finally knew. This effort at fictional reconciliation is not without its inherent impossibilities, but it is still affective and moving.

Despite the intimate feel of The African, it very subtly goes beyond a simple story of a father, a son, and their deep-rooted disconnect. The specter of colonialism ghosts through this memoir, of great men adrift of purpose, of irreconcilable worlds.