The First Rule of Swimming by Courtney Angela Brkic 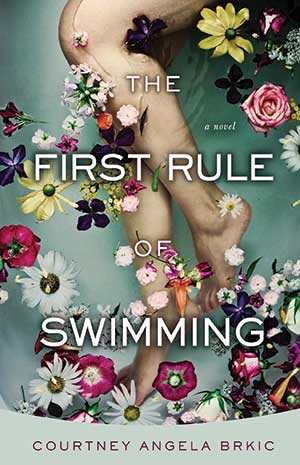 This powerful first novel explores the history of Croatia and its diaspora from World War II to the present through the Moric family on a fictional island, Rosmarina. Place proves central: the island becomes almost mythic in the stories of the family patriarch, Grandfather Luka. As his young granddaughter Magdalena recites, “In the beginning was the sea, and the sea was God.”

Teaching his sister, daughter, and both granddaughters to swim, a skill vital to survival in this nature-bound, watery world, Luka stresses its first rule: “to stay afloat.” But man-made storms assail the island, too: Italian occupiers; Tito’s suppression of “dissidents” through censorship, informers, and prisons; Croatia’s 1991 war of independence from Yugoslavia; and Rosmarina’s fall into “modernity,” so that it “hemorrhaged its population to the mainland.” Like gales and fires, war, dictatorship, and drastic change confront these protagonists, who survive but bear the scars of their ordeals.

Two questions move the plot: Where is Luka’s son, Marin, who abruptly fled Rosmarina thirty years before and just as suddenly “disappeared somewhere down the rabbit hole of America”; and who fathered Magdalena’s younger sister, Jadranka? To solve these family mysteries, the sisters, closely bound despite their differences, must journey to America.

Clues emerge slowly from family members voiced by a third-person omniscient narrator: Luka’s daughter, Ana, mother of the sisters, her tough exterior hiding love and pain; his son Marin, whose happy New York family cannot erase his loss of Rosmarina, which “matched his heart’s circumference perfectly”; Vinca, Luka’s beloved younger sister, whose grandchildren hide beneath their Manhattan brownstone beds from imagined fascists and communists; Katarina, the Croatian-born American who envies her cousins’ sense of rootedness; and throughout, stroke-paralyzed Luka’s present-tense memories, encapsulating the history of the island and his family.

Never romanticized, these characters live the painful split within Croatian culture between those who remain “at home” and those who emigrate. A freethinking artist whom the island suffocates, Jadranaka flits between Rosmarina and the mainland, at home in neither space, while Magdalena clings to Rosmarina, sternly instructing its young. Here, too, are tradition-bound but often narrow-minded islanders, devout and lapsed Catholics, clear-eyed atheists, nationalists who suffered under both Italian and communist rule, brutal informers, successful arrivistes with ties to New York’s high culture, humble but self-sufficient diasporans, and present-day toughs who find meth heaven in America.

The First Rule of Swimming casts a spell with its terse but lyrical prose, edgy yet vulnerable characters, sense of place, and family secrets. Initially slow moving, it gathers speed as the American odyssey unfolds, while its mysteries, once fathomed, highlight the longing for freedom and the power of love for family and “home.” In “the cloudy water of his dying,” Luka ponders the centuries-long history of Rosmarina and its islanders, wondering: “In addition to the happy unions that propagate the human race . . . how many rapes and murders, how many kidnappings, illicit trysts, and unhappy couplings have gone into the making of any one person?” Yet he muses, “But the island is constant . . .”