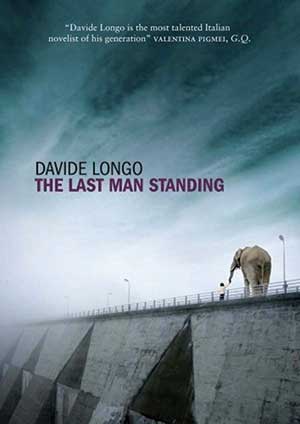 In this dystopian novel, Davide Longo explores the true human nature that comes out during times of desperation. The Last Man Standing is set in a downward-spiraling modern-day Italy. The roads and towns are being taken over by young groups of thugs, and nomadic people are banding together to find sustenance by any means necessary. Houses are being broken into, businesses burned down, and people brutally murdered every day for basic necessities like food and clothing. Amid this chaos is the protagonist, Leonardo, who struggles with his own demons. Once a highly respected writer, a scandalous affair has ruined his marriage and career.

One day Leonardo’s ex-wife unexpectedly shows up to leave her ten-year-old son, Alberto, and their seventeen-year-old daughter, Lucia, in Leonardo’s care. As the town in which Leonardo lives begins to plummet into a wasteland with local shops burned down, houses robbed, and residents murdered, Leonardo decides to take the children and journey up to Switzerland for safe haven. However, through a darkening social situation and a series of progressively unfortunate events, Leonardo and the children are left to walk through the snowy northern Italian lands in the winter months, robbed of transportation and amenities.

Along the way, they are attacked by a group of thugs, taken to the group’s base camp, and held in custody by the tyrannical ruler, Richard. Richard makes Lucia his mistress, Alberto joins the band of thug boys, and Leonardo is literally caged with animals. Life goes on like this for months until finally, strengthened by past events, Leonardo builds up the courage to escape the camp with Lucia and a few others. As they head toward the Italian coast, they meet unlikely friends and temporary residents on an island with some civility remaining.

Longo’s novel depicts the full range of human nature, from the stages of primal instinct to complex mental decisions. It is a novel intrinsically rooted in a belief in courage, faith, trust, and perseverance. It is disturbingly believable, making you lose faith in humanity only to regain it with even greater force. Powerful, emotional, and addicting, you will not want to put this novel down until you find that good does exist, though sometimes in the most remote locations and only to be discovered at the most unlikely times.