Icelandic Literature in Translation: New and Noteworthy Titles for 2021

SINCE THE MILLENNIUM, the availability of English translations of Icelandic literature has grown exponentially. It is impossible to dismiss the effect of Nordic Noir in this development, as the increase in Icelandic authors available in English seems to directly correspond to the postmillennium rise of the Icelandic crime novel—which was considered a fringe element on the domestic literary scene before 2000. Around 2010, however, one can see a burgeoning overseas interest in Icelandic writers on the more eclectic end of the spectrum, sought out by smaller publishers focused on works in translations (e.g., Open Letter, Deep Vellum, and the “little-big” Amazon Crossing). Through these new avenues, Icelandic writers such as Bragi Ólafsson, Kristín Ómarsdóttir, Oddný Eir, and Ófeigur Sigurðsson have found their way into the hands of anglophone readers who respond to their work in part because it does not fit so snuggly into the genre-driven Western publishing world. Below you will find a handful of such titles to be published in 2021. 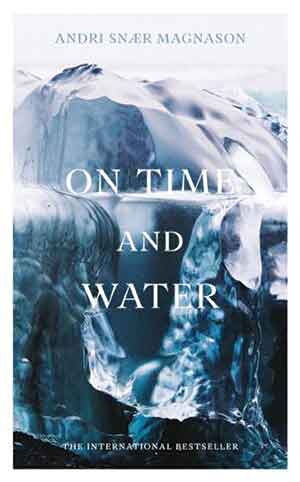 SET TO BECOME the “big Icelandic read” on the international market in 2021, Andri Snær Magnason’s On Time and Water continues the legacy of his previous work: his essay-collection-turned-documentary Dreamland and his cli-fi-children’s-book-turned-play The Story of the Blue Planet. On Time and Water draws its title from a poem by Steinn Steinarr, one of Iceland’s foremost twentieth-century modernist poets. In the book, Magnason tries to make the reader arrive at an understanding of the imminence of the threats that humankind faces in the era of climate change—an era we have already entered. Even so, he is acutely aware of the challenges of instilling new perspectives as well as the average person’s tendency to dig in their heels when asked to reconsider their way of life. To this end, he shows remarkable restraint, not swamping his readers in numbers or ominous comparisons but instead taking the time to try a variety of approaches—historical, fantastical, and personal—in the hope of getting them to reconsider their ideas of time and the future in terms of climate change. 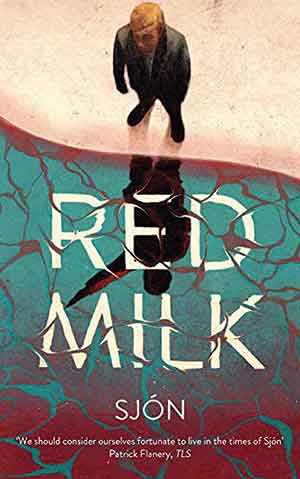 WITH CONTROLLED LYRICISM, Sjón purports to use a mere 120 pages to render an entire lifetime—albeit one that is cut short. It would be wrong to call his subject, Gunnar Kampen, an antihero, but as the founder of a fledgling Nazi party in the recently urbanized Reykjavík of the postwar years, he is certainly a man set against society and his own time. In a series of glimpses and snapshots, we pass through his life as a child and a young man and are witness to his gradual drift toward national-socialism and the creeds of racial superiority. At one point, the book turns into an epistolary novel, as we read through Gunnar’s personal letters to his friends and family as well as such influential postwar Nazi figures as Madame Devi-Mukherji and Göran Assar Oredsson, the founder of the Swedish National Socialist Party. In these letters we can see the duality of Gunnar’s nature: a loving brother and son as well as a staunch advocate of an abhorrent political movement. His writings in the service of his cause are at times reminiscent of the sort of enthused manifestos and misinformation found in today’s alt-right message boards, where young men in search of purpose and validation are at risk of being lost forever. 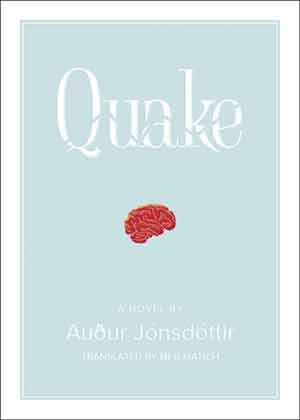 READING QUAKE, by Auður Jónsdóttir, almost feels like sitting through an extended panic attack. The protagonist, a young mother, appears to the reader as the quintessential tabula rasa. Lacking name, purpose, and language, she suddenly returns to consciousness in the book’s very first line. Gradually, the pieces of her life begin to fall into place, and we come to know that she is caught in the midst of amnesia after an epileptic fit. As she rediscovers her name and begins to readapt to her life and her family, the only certainty she can rely on is her unquestionable and at times uncontrollable love for her three-year-old son—her only child. But how come she is no longer living with her husband, the child’s father? What was it that drove them apart? The young mother’s search for answers almost reads like a detective novel, as she delves into her past—her relationship to her child’s father and her turbulent family history—from the perspective of an outsider seeking clues as to what has happened to her life. 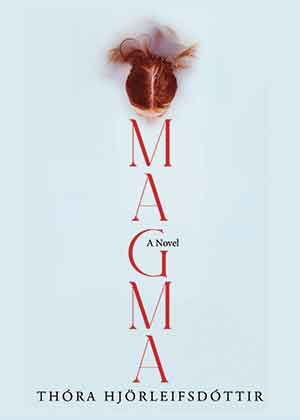 IN MAGMA, we bear witness to the gradual unraveling of identity under the strains of a toxic relationship. The narrator is a young woman who gets swept up into her own infatuation with her lover and ends up losing her sense of self within the confines of their ill-defined, unstable, and fractious relationship. More novella than novel, the narrator’s voice is delivered through a series of glimpses that feel like diary entries, jotted down in the midst of this turbulent time in her life—her only outlet as she becomes more and more isolated from friends and family. The reader fluctuates between complicity and frustration with her delusions surrounding her partner, as she alternately tries to end their relationship and degrades herself to earn his approval. However, despite his constant undermining of her mental and emotional state, he seems just as lost and incapable of stemming the tide of their relationship, which bears them ever closer toward breaking point. 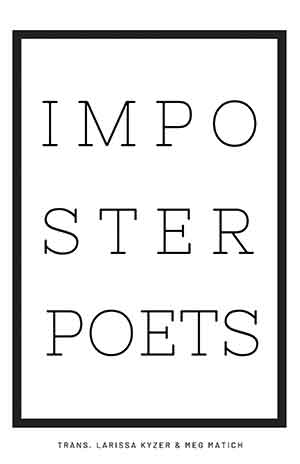 Beginning as an exercise in communal writing and coalescing into an independent publishing platform and poetry collective, the Imposter Poets (Icelandic: Svikaskáld) is composed of Thórdís Helgadóttir, Thóra Hjörleifsdóttir, Sunna Dís Másdóttir, Ragnheiður Harpa Leifsdóttir, Melkorka Ólafsdóttir, and Fríða Ísberg. In 2017 the six poets bound themselves together in an effort to quell the suppressing instinct of each of their personal imposter syndromes, hoping to free themselves from the self-criticism that previously drove them to hide or deprecate their own work. As they explain in the collection’s foreword/manifesto: “Every single one of the Imposter Poets was convinced of the genius of the other women in the group but plagued with doubts about her own abilities.” This chapbook consists of eighteen of their poems, selected and translated by Larissa Kyzer and Meg Matich. As with the Imposter Poets’ three Icelandic poetry collections, each poem is presented anonymously on the page—although a table of contents is provided in an appendix. The effect is one of strength in numbers; a coherent, singular, and certainly female voice that proclaims its authority with confidence. 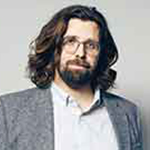 Björn Halldórsson is the senior editor of The Bridge Reviews, a web platform dedicated to English-language reviews of Icelandic literature. His first book, Smáglæpir (Misdemeanors), won the 2016 Icelandic Literature Centre’s Grassroots Grant. His second book, Stol (Route 1), was published in February 2021. He lives in Reykjavík.