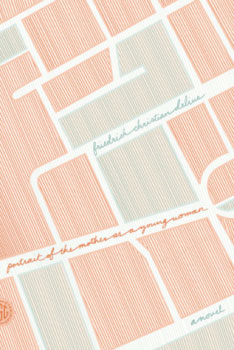 “Walk, young lady, walk if you want to walk . . .” So begins the narrative journey of this elegant 2006 novella, which takes us on an hour-long walk through 1943 Rome, described in a single sentence. Swept along by the rhythm of Delius’s prose, we follow the young, pregnant German protagonist as she makes her way to the Lutheran church to hear a Bach concert. Along the way, we encounter not only a flâneuse’s vision of the city under fascism but also the thoughts, hopes, and fears of a Wehrmacht soldier’s wife at the height of World War II.

Because she is based on the author’s own mother (Delius was born in Rome in 1943), the symbolically named Margarethe possesses a story at once very specific and also prototypical of her generation. Without hyperbole, Delius shows us how Margarethe has fully embraced and internalized the nationalist, racist, and sexist ideologies of National Socialism, which simultaneously privilege and victimize her. In the best tradition of the Italian journey narrative—epitomized by Goethe and Thomas Mann—Rome functions as a mirror on Germany here, and the contrasts between urban and rural, south and north, Catholic and Lutheran cause a rising ambivalence that Margarethe is quick to suppress. Thus she celebrates the fact that “she of all people was permitted to live in this world city, in this city of all cities,” only to avow that “she did not wish to be diverted from the two tasks she had, bringing her child into the world, if that should be God’s will, and to be as close as possible to her husband.”

One of Germany’s most significant literary voices, Delius won the prestigious Georg Büchner Prize in 2011, but he remains inexplicably unknown in the English-speaking world. Like many writers of his generation, Delius has taken twentieth-century German history as his primary subject. In works like Der Sonntag, an dem ich Weltmeister wurde (1994; The day I became world champion) and Mein Jahr als Mörder (2004; My year as a murderer), he combines autobiography and documentary to explore the connections between personal lives and political events: we experience West Germany’s celebrated soccer victory in the 1954 World Cup through the perspective of an eleven-year-old boy; and a young university student describes his quest for justice in contemplating the murder of a former Nazi judge in 1968.

Portrait of the Mother as a Young Woman, currently Delius’s only work readily available in English, follows this model by presenting a highly subjective, eyewitness account that sheds light on the complexities of history. Jamie Bulloch’s excellent translation renders the novella’s single sentence entirely readable in English, and we follow it breathlessly to its final clause, on page 119, where Margarethe resolves to record what she has seen that day “and to relate it all to her beloved far away in Africa, today if possible, after supper, in a long letter.” With this final period, the narrative brings us full circle, suggesting the way that the letter, written by Delius’s mother to his father shortly before his birth, formed the basis for the author’s own imaginative account of this historical day.