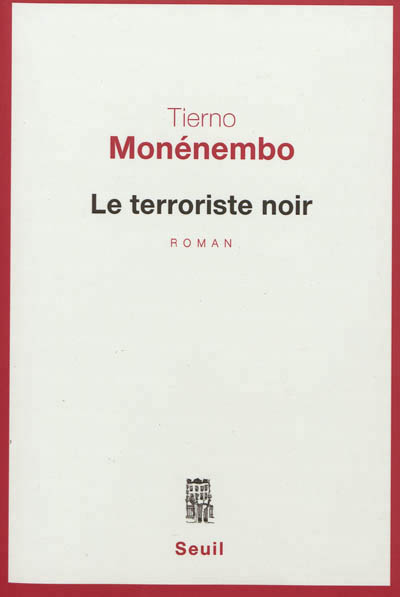 Tierno Monénembo has traveled widely since he left Guinea in 1969 to escape Sékou Touré’s dictatorship. His novels often reflect his own experiences or are based on the history of the Fulani people. Le terroriste noir retells a true story, of Addi Bâ, a young Guinean, who had been brought to France to work before the war. In 1940 he became a member of the tirailleurs sénégalais (Senegalese sharpshooters), the native African infantrymen who fought in Europe and African during the war. Escaping from German forces, he arrives in a poor state of health at a village in the Vosges, where he is soon accepted by many villagers. He works with a Resistance movement led by Marcel Arburger, who organized young men from the Vosges to fight instead of accepting the Nazi order to go to Germany as “guest workers.” Both Arburger and Bâ were captured, tortured, and executed in December 1943.

Monénembo’s novel is only partly Addi Bâ’s story. He is always seen through the eyes of Germaine Tergo-resse, an elderly woman who knew him when she was a teenager and who often uses some dialect from the Vosges. Her perspective is that of a young girl, who, we learn toward the end of her story, was secretly in love with Bâ. She describes her village during the war, when anger at the Occupation led to little but frustration and a feeling of impotence. “One could betray his brother, give up a friend to be deported to Germany, for a ration ticket or a kilo of potatoes.” Bâ was “this unknown man from the African forest who came to fight when the Whites had thrown down their arms and made peace with the enemy.”

Germaine knows little about Bâ’s past and can describe his many amorous adventures in the region only indirectly. She knows that he will not eat pork or drink alcohol during village festivities, and that he always rinses his mouth after eating. She also knows that rivalries within families may have been one cause of his betrayal to the Germans.

One incident stands out. Bâ tells Germaine to take a certain route on her way to the railway station to return to Paris, where she is a student. On this route, she meets a young man with “papers” proving that he is her brother. She realizes that he is Jewish and protects him. Once in Paris, she takes him to the mosque, where he is given refuge. (The work of the Paris mosque in protecting Jewish refugees has been the subject of a recent French film, Les hommes libres.)

Germaine tells her story to a relative from Guinea in 2003, when Bâ is posthumously made a hero of the Resistance, given a medal, and has a street named for him in the village. Tierno Monénembo has made a historical event into a novel, set in a village rather similar to an African village, to celebrate a Guinean only honored sixty years after his death.