The Magic of Saida by M. G. Vassanji 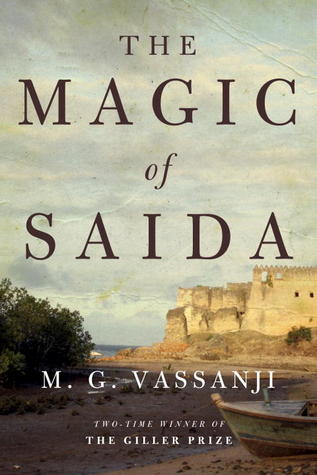 The Magic of Saida, set in India, East Africa, and Canada, is the latest novel by the prolific African Asian Canadian author M. G. Vassanji. Readers familiar with his six novels, two collections of short stories, and two books of nonfiction will recognize the contours of his tale of colonial history, racial hybridity, migration, love, longing, and guilt (see WLT, Sept. 2005, 84). But this novel also extends our understanding of German colonial history in Africa as well as the underrepresented stories of Africans in India and the valuable contributions of Indians to African history.

Kamal Punja, the protagonist, is a physician in Edmonton, Canada, whose ancestors traveled from India to East Africa in the late nineteenth century. His history is intriguing. Kamal was born on Kilwa, a small island on the south coast of Tanzania. He is a “chotaro”—a Swahili term for a mixed-blood—an offspring of an Indian father and an African mother. Kamal’s father abandoned his mother to go back to India when Kamal was a little boy. At the age of eleven, one of Kamal’s paternal uncles pays Kamal’s mother to adopt him, and eventually raises him as part of his Indian community in Africa, cut off from his African heritage. When forced to leave his birthmother, Kamal also leaves behind his childhood love, Saida—the African granddaughter of local poet Mzee Omari bin Tamim, a man with a complex relationship to the German colonizers.

As the story unfolds, Kamal goes off to university in neighboring Uganda, but history intervenes as Idi Amin comes to power, and Kamal and his friend Shamim—who eventually becomes his wife—immigrate to Canada. Thirty-five years later, Kamal, now a successful doctor and father of two children, is haunted by memories of his early childhood. He is drawn back to Kilwa by his magical bond and love for Saida, and the unresolved questions about why his mother relinquished him.

In his return to his origins, Kamal’s personal history unfolds in the context of other histories, including the ugly legacy of colonization, slavery, and personal deceits. Vassanji’s prodigious research provides insight into certain details of the German occupation of East Africa, the Maji Maji rebellion in Tanzania (War of the Waters), the slavery of East Africans and sexual exploitation of African concubines by Indians in Africa, the export of African slaves to India, the resulting African communities in India known as Sidis, and Idi Amin’s atrocities against Asians in Uganda forcing the exodus of Asians to global destinations, including Canada. The narration of the history of Kilwa and German colonization is thrice removed, reminding readers of Conrad’s Heart of Darkness and Lord Jim. Kamal, like many of Vassanji’s characters and the novel’s plot, is a reminder that identity, history, and memory are complex. Vassanji confounds popular understandings of history, refusing to provide readers with black-and-white answers to ambiguous historical questions.

Written in poetically intense language with a keen eye for detail, Vassanji’s signature sense of humor enlivens The Magic of Saida. This reader is captivated by the mesmerizing suspense that leaves all readers wanting more from M. G. Vassanji’s magical pen.