The Method by Juli Zeh 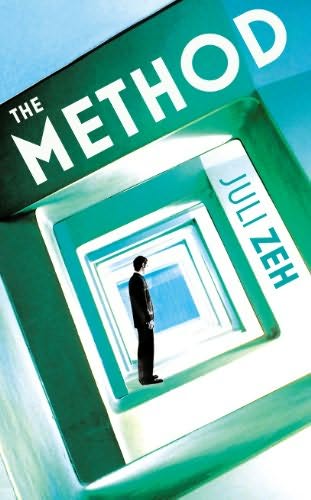 Sympathy for a terrorist? Rebellion against preventive health-care measures? In Germany, Juli Zeh is a highly visible political author whose fictional works, essays, and talk-show appearances call for action. Will she be able to spark increased awareness about the implications of health and security measures beyond Germany and in countries that are far from universal health care?

The premise of the setting in this highly readable, dystopian novel is that in a few more decades, science and medicine will have eradicated colds, cancer, and other diseases, and pain will be a thing of the past. In order to maintain a disease-free society, the state holds far-reaching control over all citizens, resulting in a dictatorship of health and prevention based on the “method” as its principle of legitimization. The method is always capitalized, suggesting its godlike function in society. To ensure that each person is doing his or her part to maintain the health of the society at large, the health of individuals in Zeh’s utopian society is stringently controlled. Members of society who fail to conform to these standards and requirements are subject to rehabilitation and/or punishment, as happens to the main characters, Mia Holl and her brother, Moritz.

The original title was Corpus Delicti: Ein Prozess (2009), and Zeh most convincingly develops her message of warning in the scenario of a criminal trial. Mia Holl, a single woman, thirty-four years old, biologist by profession, must stand trial before a jury for the crime of actions against the “method.” Mia Holl is accused of being one of the leaders of a terrorist group named the “Right to Disease.” The preceding events are revealed in conversations, interrogations, and reflections. The reader is kept in suspense: will she in fact be deep-frozen for an unlimited time, as suggested at the beginning?

Zeh is one of Germany’s young star authors, a lawyer and writer born in 1974 who tackles controversial and general-interest topics in a clear, accessible style. Her degrees and professional experiences include an internship at the United Nations in New York, a master’s degree in European law, and a doctorate in international law. Since the implementation of additional security measures after 9/11, she has not traveled to the United States.