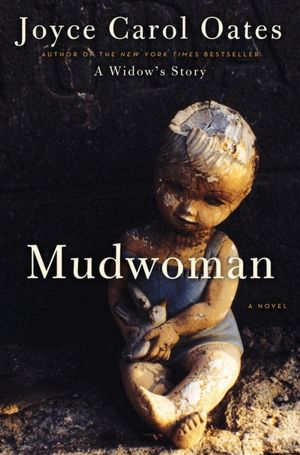 How seemingly easy it is to assess the latest works by authors who write slowly, who—one wants to believe—carefully measure and remeasure their words. Then there are writers such as Stephen King, Philip Roth, and, most dramatically, Joyce Carol Oates who embarrass us with their riches. We are embarrassed that we can’t keep up and may try to hide our embarrassment by suggesting that a given novel is hastily written, poorly edited, or unconvincingly plotted. Or we stand aside and admire, when we check in by reading someone like Oates, even if only to say she’s an “elemental force” in American fiction.

One notices that the biography accompanying this novel, the publisher and university websites, and her MySpace page don’t total Oates’s output during the past four-plus decades. “Dozens of titles” is as specific as it gets; in 2012 alone, if I counted right, she published no less than four fiction titles and edited one anthology, which doesn’t count the short pieces in journals and elsewhere that will eventually be bound. Given the variety of plots and characters, she is clearly realizing what she once called her “Balzacian ambition to get the whole world into a book.” Not “one book,” no War and Peace, but, like Balzac, a series of fictions, long and short, that encompass what could be called our American Comedy.

Mudwoman bridges three social levels: rural peasant, small-town middle class, and academic. The story begins in April 1965, when one Jewell Krack is thrown into a mudflat by her unstable mother. By October 2002 this girl has become, improbably, a college president named M. R.  Neukirchen. Oates develops where the girl came from, how she was adopted by Quaker stepparents, how she was driven to achieve and, in alternating chapters, charts the rigorous schedule and how the best-forgotten years operate to destabilize a successful scholar and administrator.

Although always “M. R.” to colleagues and donors, the “Mudgirl” is always in her, evoked in the chapter headings that call her “Mudwoman.” The allegorical aura of such naming is reinforced by the rest of the chapter titles: “Mudgirl Has a New Name,” “Mudwoman Mated.” There are parallels between the present and the past, thankfully not too insistent. For instance, the young girl has a fear of the brown river coursing beneath the bridge in Carthage, New York, while the president wills herself to swim laps in the college pool. One intrusion of the past is in the form of a nightmare about being forced from the pool to be assaulted beside a dirty river.

This is not to say that the novel becomes a forest of symbols; it owes more to the fairy tales that “Merry” heard from her Quaker stepparents. Naïvely, they did not understand that happy endings don’t erase the terrifying middles for a child with Mudgirl’s background. As in a fairy tale, M. R. often acts and encounters situations that seem as inevitable as they are unintended. Through the felt vividness of such moments, Oates opens readers to the ways people collide with the world, one another, and themselves. In this novel, Joyce Carol Oates continues to enlarge our range of perception, both of the people we might consider “them” and of ourselves.