Writings from the Sand. Vol. 1 of Collected Works of Isabelle Eberhardt 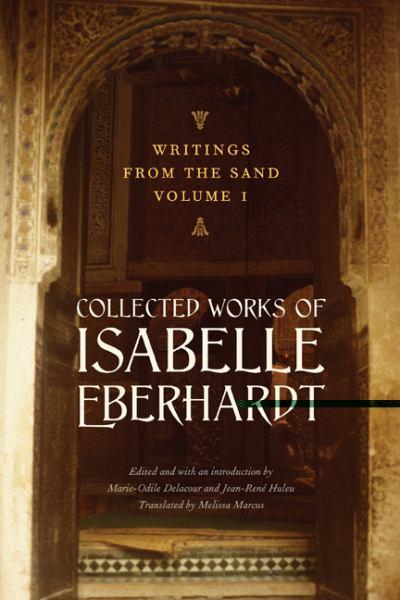 Born in 1877, the illegitimate daughter of a noblewoman of Russian descent and a former Russian Orthodox priest living in exile in Geneva, Isabelle Eberhardt spent most of her short adult life in Algeria. She wrote incessantly—keeping her diary and detailed notes on life in that remote north African country and contributing many of her stories to L’Akhbar, a French-language newspaper.

She spoke impeccable Arabic, found her passion in Islam, and wrote passionately of the indigenous population and the heavy-handedness of French colonial rule. She led a nomadic life, dressing as a man (allowing her to go where she pleased in a male-dominated society), observing the culture and people, and writing of soldiers and prostitutes, criminals and mystics. “I like to submerge myself in the flow of everyday life, to feel the crowd’s waves wash over me, to suffuse myself with the essence of the common folk. Only by this means do I possess a town, know something about it that the tourist will never understand.”

She was attacked by a crazed religious fanatic in 1901, fled to Marseilles when the trial of her attacker rebounded against her, returned to Algeria and married an Arab sergeant in the French army. She worked as an interpreter for the army and reported on military skirmishes for the newspapers. Eberhardt died in a flash flood in October 1904 in Ain Sefra, a remote village in the Algerian Sahara, at age twenty-seven.

Much of her unpublished work, including her diaries, was buried with her under the cottage, only later to be discovered. The editor of L’Akhbar, Victor Barrucand, rescued her manuscripts and began to publish her work posthumously. The current volume is based on material from French archives as well as previously published texts. What results is a splendid chronological compendium of Isabelle Eberhardt’s life and writings about all that fascinated her.