A series of troubling questions leads a child of immigrants to write a novel imagining a young Mexican mother deported, leaving her half-American, California-born daughter to be raised by a foster mother.

In the summer of 1980, I came home in my gas station uniform for a quick dinner before going to my second job. I was nineteen, living in my hometown of Riverside, California. My father had news from the linen plant where he worked. There had been an immigration raid, and a group of women whose job it was to wash, dry, iron, and stack hospital linens had been taken away. They were undocumented workers from Mexico and would be deported.

I had just finished my freshman year of college in Los Angeles. I did a day shift at the Mobil station, a night shift in sports at the local newspaper. After recording baseball scores, I couldn’t stop thinking about the likelihood that the deported women had left children behind. What if one of them had been forced to leave her children with a neighbor she didn’t like or trust, just for that morning, because she had no one else? What if a ten-year-old had been left to watch younger siblings, and then the house grew dark, and still no one came home? What would happen to those children? The women had left Mexico because they couldn’t find work at home, and they’d been hired by the owner of the linen plant, who didn’t care whether they had papers or not. My own parents were both immigrants, my dad from Canada, my mother from Switzerland. My mother, whose family first went to Canada, worked farm fields at fifteen. She was not able to go to school, weeding corn and picking strawberries. My parents met in California, in citizenship class.

I couldn’t stop thinking about the likelihood that the deported women had left children behind.

I began my novel Highwire Moon that night. I sat in the parking lot, writing in a notebook, imagining a young Mexican mother deported, leaving her half-American, California-born daughter to be raised by a foster mother. I wrote about the night the mother is taken away, and her three-year-old girl wakes up in a car with her mother gone.

I had been many times to Tijuana and Ensenada and spent time in poor colonias where hundreds of people lived near open dumps, their labor to collect what could be sold from the mounds of trash. To discourage this, the Mexican government lit the dumps on fire, and I saw mothers and fathers walk in tired-tread sandals over the smoking heaps to find bottles, cans, and metal. I went with Mexican American women from California who delivered food, medicine, and clothing to desperate mothers. But in 1997, I journeyed to Oaxaca to finish this novel, so that I could see the landscape, the small villages, and talk to people about making the decision to leave for dangerous border crossings and difficult labor in America. In many villages, the only people left were elderly, and very small children, because everyone else had gone north for work. This was when the Mexican peso had been devalued to a degree that made survival impossible for families and when American employers were not at all hesitant to hire workers without checking for documentation or knew documents were false but didn’t care. This was just after President Bill Clinton signed legislation approving Operation Gatekeeper in 1995, when the border began to be militarized and crossing became the province of coyotes, of danger, and death in the desert.

Hundreds more who have not crossed a border told me that they will never eat a strawberry now without thinking about who is stooping to pick it in a field.

Back in California, I spent another year finishing Highwire Moon. Serafina, after enduring violence and terror while crossing the border into California once again, finds her brother in a migrant camp. The intense labor of strawberry fields, of citrus groves, of picking grapes in hot summer vineyards were all part of this novel. Since 2001, hundreds of women have told me that was the first story they’d heard that reflected their mother’s journey, or their own, trying to keep their families alive. And hundreds more who have not crossed a border told me that they will never eat a strawberry now without thinking about who is stooping to pick it in a field. As a native of inland southern California, I grew up in the orange groves. My brother harvested Valencia and navel oranges with men from Mexico, the long canvas bags dragging on their shoulders like fat caterpillars.

The students said, “Can you sign this for my mother? She’s never had a book.”

For eighteen years, I’ve traveled California speaking to people who spent the day at difficult labor—harvesting crops, landscaping in desert heat, working date gardens, packing grapes. I’ve spoken in Greenfield, California, in the cafeteria of an elementary school, to a hundred or so women and children who worked the lettuce fields, and a translator turned the words I read to Mixtec, and the women cried, and I cried. Through grants, or using my honoraria, copies of Highwire Moon are given to all audience members. I’ve done this in Mecca, Salinas, San Bernardino, San Diego, and Los Angeles. This spring, I went to Campo, five miles from the border with Mexico, across from Tecate. I spoke to a high school class filled with students, and we talked about their parents’ lives, and their own. I brought books for them, and as I’ve heard so many times when I ask, “Whose name would you like me to write?” the students said, “Can you sign this for my mother? She’s never had a book.”

I remember standing near the playground at the elementary school my daughters attended, along with immigrant parents I knew, mixing our Spanish and English in small talk. The mothers waiting at the chain-link fences curved their fingers softly, expectantly, around their jaws, watching in exactly the same pose as Dorothea Lange’s iconic Migrant Mother, from the Dust Bowl exodus series of photographs. All mothers seem to make this gesture, when they watch the children they love. 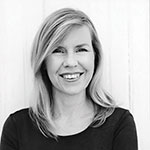 Susan Straight has published eight novels. Her new memoir, In the Country of Women, features six generations of women migrating and working in America. She is Distinguished Professor of Creative Writing at the University of California, Riverside.