As part of our cover feature focusing on literary activism in the past half-century, the editors of World Literature Today invited thirty writers to nominate one book, published since 1969, that most influenced their extraliterary commitments, along with a brief statement explaining their choice. We posted the longlist on worldlit.org and invited readers to vote for their favorite title during a two-week poll. The top five results are below, along with their respective nominating statements. (A bookmark with all five titles can also be found on the Takeaway, inside the back cover.) 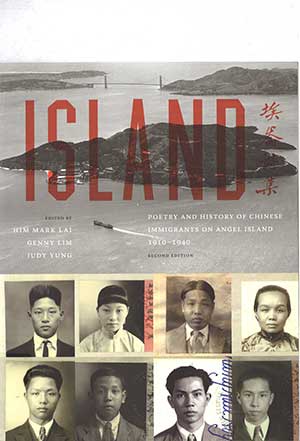 Angel Island, like its twin Alcatraz Island in San Francisco Bay, reveals an invaluable perspective on America’s true history. I have learned greatly from it on how to be a Chinese poet, a Chinese American poet, or, simply, a poet. Instead of seeking literary or social fame and recognition, whether in your native or adopted tongue, you must speak truth and speak it well, even if that means you may end up anonymously carving excluded voices into wooden walls, as many of those Chinese immigrants and detainees once did, on an island named Angel.—Mai Mang (Yibing Huang), Poet, Associate Professor of Chinese and Curator of the Chu-Griffis Asian Art Collection, Connecticut College 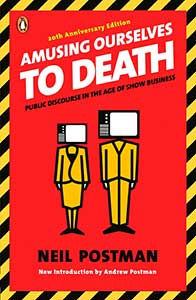 2. Amusing Ourselves to Death: Public Discourse in the Age of Show Business, by Neil Postman

“If you think education’s expensive, try ignorance”—so raged the placards I remember in protests against cuts to school budgets. Without an educated electorate, democracy can’t function; its collapse may be the cost of allowing ignorance to flourish. Postman’s swingeing critique of our media-addled mind-set spelled out the price we pay—individually, nationally, globally—for allowing ignorance the free rein we’ve given it. By showing how our culture has been subverted by the superficialities of entertainment, his book is an endorsement of the need for serious literature and reading—and what we risk by neglecting them.—Chris Arthur, Freelance Writer, Royal Literary Fund Fellow 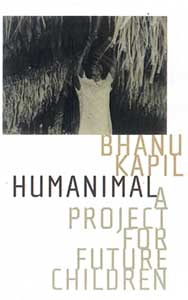 3. Humanimal: A Project for Future Children, by Bhanu Kapil

“I was frightened and so I stopped,” Bhanu Kapil writes at the start of Humanimal. “With all my strength I pushed the glass doors shut. . . . I clicked the spaces closed and then, because I had to, because the glass broke, I wrote this.” For the sake of future children, we read this poetry/narrative about the “Bengali wolf children” and feel what harm whiteness can do (British colonialism did). Even as we want to close the door on it. Because we have to. This is a beautiful book of pain and mourning that reaches/touches, allows the “beginning actions.”—Hazel White, Poet 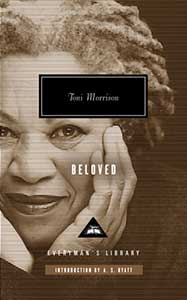 Because it is a shattering and magnificently written indictment of what this ancient race has endured and continues to endure.—Marina Carr, Playwright 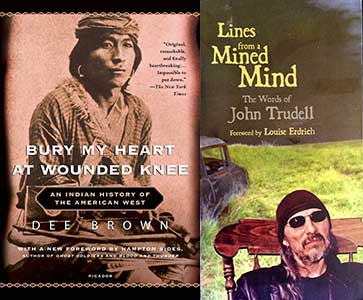 5. (tie) Bury My Heart at Wounded Knee: An Indian History of the American West, by Dee Brown

My life exploded into “adult understanding” with the publication of Bury My Heart at Wounded Knee. Suddenly, the world could not be the same, stay the same. Suddenly, history was changed, understanding was changed. I couldn’t look at anything the same way, not history, not school, not the American land outside my school windows. Combined with another book of 1971 on the 1970 Kent State Massacre, I came to understand in time: this is what important books do—they change your perception and understanding. After this book, I remain broken by knowledge, but grateful for truth.—Nicholas Samaras, Visiting Professor, English Department, Montclair State University

John Trudell’s courageous poetry connects history to present and future. He was the spokesman of the Native Americans during the takeover of Alcatraz Island in 1969 and devoted his life to activism through poetry and music. Many of his poems such as “Cry Your Tears” speak to us even more in the depressing reality today. His love poems are inspirational and soul-touching. His humanistic perspectives of the Americas and deep concern for the Earth will encourage readers to become more aware of the social-ecological environment we live in and teach us how to fight against injustice with a sense of humor.—Ming Di, Poet, Translator, and Editor