A writer remembers Nancy Eiesland, the disabled, feminist theologian whose work became a beacon for her.

In the summer of 1993, I came home one afternoon from my job taking bets at the horse-racing track in the Denver suburbs to find a package on my bed; inside was a book from my college religion professor and a note that read, I thought you might find this interesting. My hands smelled of ink and dust from the money and paper tickets that had passed through them and the dirt grounds that covered everyone and everything in a thin layer of dust. The book was The Disabled God, written by Nancy Eiesland, a disabled feminist theologian. The title intrigued and frightened me. I was desperate to read it but wary of venturing past the cover. I wasn’t yet “out” as a disabled person, or even as a feminist, preferring instead to hide my artificial leg at all costs, a delicate and carefully orchestrated subterfuge, while simultaneously pretending that the outdated social mores of my religious liberal arts college suited me when they did not. During spring semester I was a student in a feminist theology course, and it had changed me in ways that were foundational and exceptional. This book did the same.

I wasn’t yet “out” as a disabled person, or even as a feminist, preferring instead to hide my artificial leg at all costs.

I was raised in the Swedish-Protestant church: my father was a Lutheran pastor (which solidified my position at the religious college, as he received a significant clergy tuition discount). I grew up in a multigenerational faith community that was loving and supportive. This upbringing planted an early love of biblical stories that leaned toward the epic: small actions with massive consequences; world creation; the rise and fall of kings and queens and empires; brave people willing to do the hardest things in the interest of others, which offered an early glimpse into the power of activism. I also read and studied the healing narratives, in which disabled people are made whole by their ardent belief in Jesus and his ability to “fix” their bodies. Sin was considered the cause of physical difference, of deformity, of any non-normative embodied reality. Nobody told me I was marked by my sin, but neither did they question this salient interpretation of the Gospel stories; until I encountered Eiesland’s book, neither did I. I came to believe that my body would always be a source of shame until, one day, it would be healed and made whole and beautiful in heaven. My deformity—my body itself—would be cast off, and I’d be free (albeit dead).

Eiesland, whose work became a beacon for me in the decades to come, argued that Jesus was a broken, disabled God, and, as such, his body—the pains it suffered, the hope it represented—provided a new and radical way of thinking about human weakness, strength, and vulnerability that was in keeping with my own experiences of having a leg amputated followed by multiple orthopedic operations that made my mobility in an artificial limb possible. I didn’t feel broken unless someone pointed it out; I wanted to change my body because no kid likes to feel “made wrong,” as my aunt described it, but at the root of this desire was a deeper need to accept it, to love it, and to believe that it was worthy of love, of agency, of basic human rights.

The first time I met Nancy Eiesland was in Geneva in 1998. I was a relief worker that year, based primarily in Africa, although the desk to which I was assigned covered international crises, and as a result I did a fair bit of traveling. None of the conference centers considered accessibility. In some places, the women wouldn’t sit next to me, afraid the sin housed in my body might rub off on their own. It was upsetting on the deepest level. I felt inhuman.

I asked my supervisor if I could convene a meeting of women with various disabilities from each continent in Geneva. Together we would talk about what it might mean and what it would take for religious communities to dismantle the physical and attitudinal barriers that made us feel like strangers to the goodness of our bodies; that made us unable to acknowledge the potential all bodies have in the world when the right environment is provided. This is not a privilege; it’s a right.

I found Nancy at the airport where she leaned on her cane, looking jet- lagged but friendly, her dark hair curling around her head. How she created community and a sense of activism in the room over the next three days was an experience that has stayed with me all my life. She listened acutely; she encouraged, she didn’t judge, and she stayed present, even if the women expressed anger, bitterness, and terror as a result of feeling outcast in their religious communities. I’ve never seen anyone hold a room so tenderly and fiercely. I thought to myself, I want to do that. I want everybody who comes into a room to feel heard, and to know that their story is important.

Activism takes many forms. For me, it was never and never will be marching in large groups or speaking into a bullhorn; it will always be about stories, which I believe save lives. As a teacher, I do what my early mentor showed me how to do: I share books and resources; I endeavor to connect students with others who might inspire them, teach them; I try to help writers craft their stories we haven’t heard about bodies we’ve been taught are wrong and then put them in the world where they can breathe and give life, to the writer and to the reader.

Activism takes many forms. For me, it was never and never will be marching in large groups or speaking into a bullhorn; it will always be about stories, which I believe save lives.

Nancy died in 2009. I was in New York City, visiting friends, when I read her obituary in the paper at a coffee shop. Outside, the city pulsed with life and movement—and, of course, diversity. I sat there for an hour, stunned and sad, and during that time I saw wheelchair users; a boy with cerebral palsy laughing and talking with his parents; another woman, like me, with a limp. It was a glorious sight—all these bodies, these people—and with sadness came gratitude for a woman whose activism, mobilized by intellect, landed in the heart of a young girl who without her words and insights might never have written a word, and a woman who understood that she didn’t have to be dead to be free. 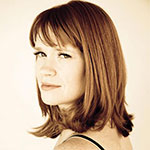 Emily Rapp Black is the author of Poster Child: A Memoir and The Still Point of the Turning World, which was a New York Times best-seller. She is an associate professor of creative writing at UC–Riverside.