The Poetry of Heartbreak: Miklós Radnóti’s “The Fifth Eclogue”

In 100 Poems to Break Your Heart, the author’s current book-length project (in progress), Edward Hirsch offers short essays on poems he finds especially heartbreaking, including Dunya Mikhail’s “The War Works Hard,” Meena Alexander’s “Krishna, 3:29 a.m.,” Zbigniew Herbert’s “Mr Cogito and the Imagination,” and Rose Ausländer’s “My Nightingale.” The following is an excerpt.

Miklós Radnóti’s poems have an anguished intimacy and intensity. This modern Hungarian poet, killed during World War II at the age of thirty-five, clung with a desperate serenity to the classical values of the Western tradition at a time when those values were close to extinction. Radnóti’s poems were deeply felt and thoroughly modern—filled with his sense of anxiety, uncertainty, and fate—but their formal values tend to be classical. This makes him akin to his Russian contemporary, Osip Mandelstam. One feels in reading him a growing level of despair countered by such aesthetic and moral ideals of antiquity as the clarity of poetic form, the virtues of reason, and the philosophical rectitude of Stoicism.

I have learned a great deal from Radnóti’s eight eclogues (the sixth one is missing), a discontinuous series that he wrote in the late 1930s and early ’40s. In 1938 he translated Virgil’s ninth eclogue, which instigated his own dark pastorals. The term eclogue, a short dialogue or soliloquy, was first applied to Virgil’s Bucolics, which later became known as the Eclogues. These formal poems develop a pattern, first established by Theocritus in the Idylls, in which urban poets turn to the countryside for sustenance.

Radnóti’s poems sing to overcome terror, invoking the splendors of memory, the landscape of childhood, and the necessity of love when “reason falls apart.”

Radnóti’s eclogues were written in hexameters, the classical six-foot metrical line that is somewhat unnatural in English but well suited to Hungarian. Radnóti employs it to refashion the pastoral form to address an era when morality is turned upside down and right and wrong have switched places. He calls on the shepherd muse to assist him in trying to preserve the values of civilization. “Pastoral Muse, O help me!” he writes in “The Third Eclogue,” “this age must murder its poets.” These poems sing to overcome terror, invoking the splendors of memory, the landscape of childhood, and the necessity of love when “reason falls apart.”

Here is the most blunt and startling poem in the sequence:

To the memory of György Bálint

Dear friend, you don’t know how this cold poem made me quake,
how afraid I was of words. Even today I tried to escape them.
I wrote half-lines.
I tried to write about other things,
but it was no use. This terrible, hidden night calls me:
“Talk about him.”
Fear wakes me, but the voice
"is silent, like the dead out there in the Ukrainian fields.
You’re missing.
And even autumn doesn’t bring news.
In the forest
the promise of another furious winter whistles today. In the sky,
clouds heavy with snow fly past and halt.
Who knows if you’re alive?
Even I don’t know today. I don’t shout
angrily if they wave their hands painfully and cover their faces
and don’t know anything.
But are you alive, wounded?
Do you walk among dead leaves, circled by the thick smell of
forest mud,
or are you a smell too?
Snow drifts over the fields.
He’s missing—the news hits.
And inside, my heart pounds, freezes.
Between two of my ribs, a bad, ripping pain starts up,
quivers, and in my memories, words you spoke a long time ago
come back sharply and I feel your body’s as real
as the dead’s—
And I still can’t write about you today!

Radnóti dedicated “The Fifth Eclogue” to the memory of his close friend, the essayist and critic György Bálint. He first got the idea for “Őtödik Ecloga” in the spring of 1943 when he was serving his own ten-month stint of forced labor. That’s when he heard that Bálint had been dispatched as a labor serviceman to the Ukraine. By November, when Radnóti wrote and dated the poem, he was back home and the terrible news had sunk in. Radnóti’s fifth eclogue seems written in a state of deep confusion, not knowing whether his friend is dead or alive. But the dedication suggests a darker truth, what his unconscious already knows but his consciousness cannot accept—which is that his friend had already died. Later, he learned that Bálint had in fact perished in a field hospital in the Ukraine.

Radnóti also modernizes the eclogue by marking it here as a fragment, which suggests something broken off or detached from the whole, something imperfect, unfinished. The Romantic poets treated the fragment as a partial whole, a radiant moment freed from temporality, but the modernists reinvented it as an acutely self-conscious mode of writing that breaks the flow of time, leaving gaps and tears, lacunae. It is a form of disruption. Radnóti designates his pastoral a “fragment” because his subject is unfinished. He dreads the closed circle, the completeness, of an elegy.

It is a form of disruption. Radnóti designates his pastoral a “fragment” because his subject is unfinished. He dreads the closed circle, the completeness, of an elegy.

Radnóti dedicates the poem to the memory of his friend and then addresses it to him, as if he were still living. We’re meant to overhear it. In Hungarian, the poem begins with some hard percussive sounds, the persistent knocking of d and r sounds: Drága barátom, hogy didergtem e vers hidegétol. This poem enacts the harsh process of writing a poem that one dreads writing—that’s why it keeps breaking off and interrupting itself—“I wrote half-lines. / I tried to write about other things, / but it was no use.” The obligation is too strong, the night cries out: “Talk about him.” This is an inverted pastoral because his missing friend’s voice is now silent, like the dark countryside, “like the dead out there in the Ukrainian fields.”

The most devastating moment comes when the poet wonders if Bálint is still walking around among dead leaves or else has “become a smell too.” This question is so terrible to contemplate—the body of his close friend decomposing in a field—that he can no longer address him directly and turns to us, as in a shocking announcement: “He’s missing—the news hits.” The speaker now feels the tremendous pain of his own beating heart and begins to melt down. The memory of his friend’s voice, the very words he spoke, and then the reality of his friend’s body, come back to haunt him. Bálint is now as “real” as the other dead bodies. The finality seems to have sunk in—the speaker can no longer avoid knowing what he has suspected all along. But it’s too much to bear, and the poet has to break off the elegy that he still hasn’t completed: “And I still can’t write about you today!”

Radnóti was killed just about a year after he wrote this poem. He finished his seventh and eighth eclogues after he had been drafted for hard labor and assigned to Bor, Yugoslavia, where he worked in a copper mine. He was taken from the mine and driven westward across Hungary in a forced march, and there, near the town of Abda sometime between November 6 and November 10, 1944, he became one of twenty-two prisoners murdered and tossed into a mass grave by members of the Hungarian armed forces. It was an unspeakable death. After the war, Radnóti’s wife had his body exhumed, and his last poems were found in his field jacket, written in pencil in a small Serbian exercise book, which is now known as “The Bor Notebook.” These poems literally rise from the grave to give testimony. 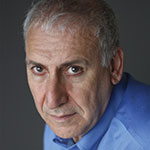