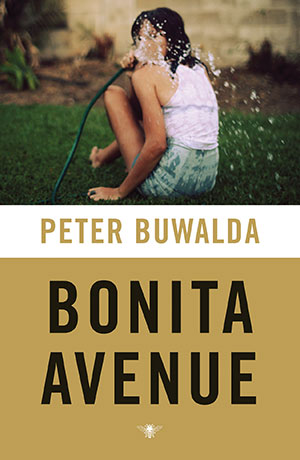 Do we control our fate or do the fates control us? That is the question that Dutch author Peter Buwalda examines in his entertaining novel, Bonita Avenue. The plot involves an unconventional love triangle: Joni, young, beautiful, and ambitious; Siem, her stepfather, a famous mathematician; and Aaron, Joni’s loyal but insecure boyfriend. By all appearances Joni and Aaron are a wholesome young couple, but in fact they clandestinely operate a lucrative website that features pornographic photographs of Joni. When Siem coincidentally discovers Joni’s photos, it triggers a cascade of events, each more horrible than the last, which jeopardizes the threesome’s close relationship.

The novel skips back and forth through time, allowing the plot to be unveiled at a deliberate, suspense-building pace. One of the most satisfying aspects of the novel is that Buwalda gives us sufficient material to sink deeply into the psyche of the three primary characters, with one exception—we are offered almost no insight as to Joni’s motivation for becoming involved in pornography, a perspective that would allow a fuller appreciation of both her personality and the unfolding story.

While the secret of the website solidifies the bond between Joni and Aaron, another secret collaboration strengthens Joni’s and Siem’s already close ties: Joni’s acquiescence to Siem’s plea that she provide false testimony against his son, Wilburt, which leads to Wilburt’s incarceration. Siem lives in a state of denial regarding his moral culpability toward Wilburt, preferring instead to rely on his academic training for an explanation of the terrible things that happen to him: “a mathematician’s job is to judge the bizarre on its quantitative value, that is: to strip the coincidence down to its bare probability instead of assigning it some magical significance.”

As for Joni and Aaron, they choose to believe that their misfortunes are somehow brought about by a freak explosion at a local fireworks depot rather than accept them as the repercussions of their deeds: “a blowup of those proportions sets unforeseen mechanisms in action, produces shock waves that in turn bring about bizarre developments, create misunderstandings, compel decisions . . . a maternity ward where new disasters are born.”

The interplay of coincidence and consequence is a theme that underlies all that transpires in Bonita Avenue. For Siem, Joni, and Aaron, denying accountability for the consequences of their acts culminates in a furious reckoning that destroys their family and, as Siem might calculate, makes any chance of personal redemption mathematically improbable.