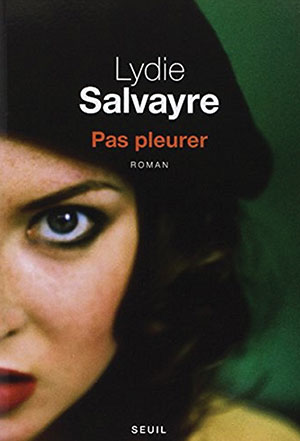 In the fall of 2014, Lydie Salvayre’s novel Pas pleurer (Don’t cry) received the Prix Goncourt, winning in a field that included Kamel Daoud’s Meursault contre-enquête (2014; Eng. The Meursault Investigation, 2015). Salvayre is a prolific author with over a dozen books, including the novel La Compagnie des spectres (1997; Eng. The Company of Ghosts, 2006), which explores the enduring consequences of France’s Vichy past. In Pas pleurer, Salvayre returns to themes found in La Compagnie des spectres such as memory, trauma, nationalism, and heritage. This novel about the Spanish civil war, however, ties these elements more directly to Salvayre’s own background: her parents fled Spain for France as refugees and the narrator bears a variation of her name: Lidia.

Though Salvayre returns to themes and even some plot points from La Compagnie des spectres, such as the centrality of the mother-daughter relationship, the mother’s devotion to her deceased brother, and the missing or emotionally distant father, these do not lessen the experience of reading Pas pleurer. If anything, it gives the sense that Salvayre returned because she was not yet finished with these issues, and this novel contains as much rage and passion as the previous text.

Most of Pas pleurer focuses on Montse, Lidia’s ninety-year-old mother. Her memory failing, the only time period the elderly Montse can recall is her final glorious summer in Spain in 1936 and her subsequent flight. The summer included a now nearly forgotten period during which social constraints were loosened and utopia seemed to be on the horizon. All was later eclipsed by the war’s violence. For sixteen-year-old Montse, it was a moment of possibility, freedom, and hope.

Salvayre juxtaposes Montse’s story with interspersed accounts from another witness to the Spanish civil war: the semi-forgotten French novelist Georges Bernanos. He was a devout Catholic and, at times, a member of the nationalist group Action Française. Lidia describes her unsettling encounter with Bernanos’s Les Grands Cimetières sous la lune (1938; Eng. A Diary of My Times, 1938), a book that describes his experience as a witness to atrocities committed by Spanish nationalists as well as the complicity of many local representatives of the Catholic Church. Bernanos’s growing unease and disbelief give way to horror and a call for justice.

The juxtaposition between the uncouth sixteen-year-old Montse and a middle-aged French monarchist seems odd initially, but both are strong, compelling characters who long for a better world, and their stories complement each other. Both are brought back from the shadows of history to speak to us in the present.