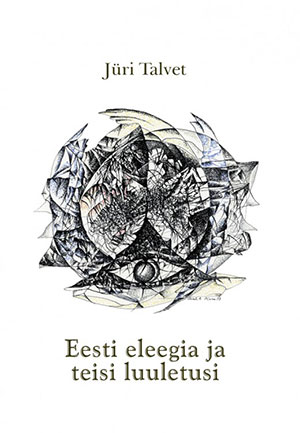 Jüri Talvet’s latest, 375-page collection of poetry, Eesti eleegia ja teisi luuletusi 1981–2012 (Estonian elegy and other poems) comprises a wide selection of poems written since the early 1980s. The author has used the same title for a slimmer collection that appeared in Estonia in 1997 and, in an English version, from Guernica Editions in Canada in 2008. The eponymous “Estonian Elegy,” included in all three collections, is Talvet’s longest poem that mourns the sinking of the ferry Estonia in the Baltic Sea in 1994, taking nearly nine hundred lives. At the same time, the poem is a meditation on the cultural identity of Estonia that may remind one of the somewhat Rilkean diction of Ivar Ivask’s Baltic Elegies (see WLT, Summer 1990, 499).

The present book consists of 428 poems, divided into nine sections, approximately corresponding to the contents of Talvet’s earlier collections of poetry. The last section, “Valgusta, arm, veel meid” (Illumine us yet, love) presents previously unpublished poems. The texts vary from strict metrical forms and rhymes of the author’s youth, written in the vein of shy Romantic idealism, to the associative free verse of his mature period.

Talvet’s poems synthesize intellectualism and sensualism, conceptuality and eidetic mental impressions, satire and suave contemplation. There are poems that involve language games. Lyrical notes from travels around the world alternate with episodes from family history in his native Estonia that often appear in fragments of dreams, especially as the poet recalls his late parents. The intertextual references include allusions to and internal dialogues with a number of poets whose works Talvet, in the course of forty years, has translated, lectured about, or written scholarly papers on. Most frequently, those influences come from the languages of the Iberian peninsula, like Calderón and Quevedo, Vicente Aleixandre and Federico García Lorca, Fernando Pessoa and Salvador Espriu.

Like García Lorca, Talvet is able to combine the highly personal and individual with the suggestive anonymity of a folk song, as in “Viiskümmend aastat tagasi läksime Koidula-kooli” (Fifty years ago, we went to the Koidula School), which blends the author’s childhood memories with the repetitive pattern of motifs from Galician folk poetry and Gil Vicente. Of the Estonian poets, the most significant influence on Talvet’s poetry comes from the terse, intimate style of Juhan Liiv (1864–1913), the realization of whose weighty message Talvet has helped to spread internationally.