The instrument did not choose this ceremony.
My mother offered me five strings, nouns
without a grammar.
I left my mother’s emptiness, to embrace my own.
Whose darkness sits in the north,
if no one can sing my sorrow?

It arrives again, a tapatío Sunday.
Sitting in sombras, the Village piper contemplates
an honest death, full, a music that penetrates
a soul once given to fears it now tolerates.
The piper must see the benevolence the day
allows, how it turns upon a debt he must pay.

Plaza sand becomes a vibrating string, sign
that fashions a first harmonic of secret rain—
nothing as simple as the flourishing and grain
and temper of voice that tends a sovereign domain,
nothing as rigorous as a once broken line,
nothing as fertile as the piper’s own design.

The twilight belongs to this hymnal presence,
to the frequency of a rhythm given by chance.
The piper would close the book on such dissonance;
he knows nostalgia measures an extravagance
his spirit cannot afford; he left that evidence
beyond the plaza where death sustains an absence.

Editorial note: From Postage Stamps, © 2016 by Jay Wright. Published with permission of the author. All rights reserved. 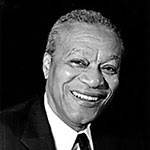 From his initial appearance in the Langston Hughes–edited anthology New Negro Poets U.S.A. (1964), Jay Wright (b. 1935, Albuquerque) has published fourteen volumes of poetry and been awarded a MacArthur Fellowship, the American Book Award, and Yale’s Bollingen Prize. Key works include Transfigurations: Collected Poems (2000) and The Guide Signs (2007), both from LSU Press. His collection Boleros was translated into Spanish and published by the University of Veracruz in 2005.