As Long as Trees Take Root in the Earth

As Long as Trees Take Root in the Earth

false prophets summon Fanon
who remains to be read

false prophets summon Césaire
who remains to be read

but here is the grand mountain
proud of her height

here is the mountain of the soul,
that silent caretaker of immensity

Translation from the French
By Rokiatou Soumaré 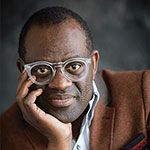 Alain Mabanckou, from Congo-Brazzaville, is considered one of francophone Africa’s most prolific contemporary writers. Twice a finalist for the Man Booker Prize, his work has garnered a multitude of awards, including the prestigious Grand Prix de la Littérature from the Académie Française.