Literary Detroit: A Marriage of Poetry and Pragmatism 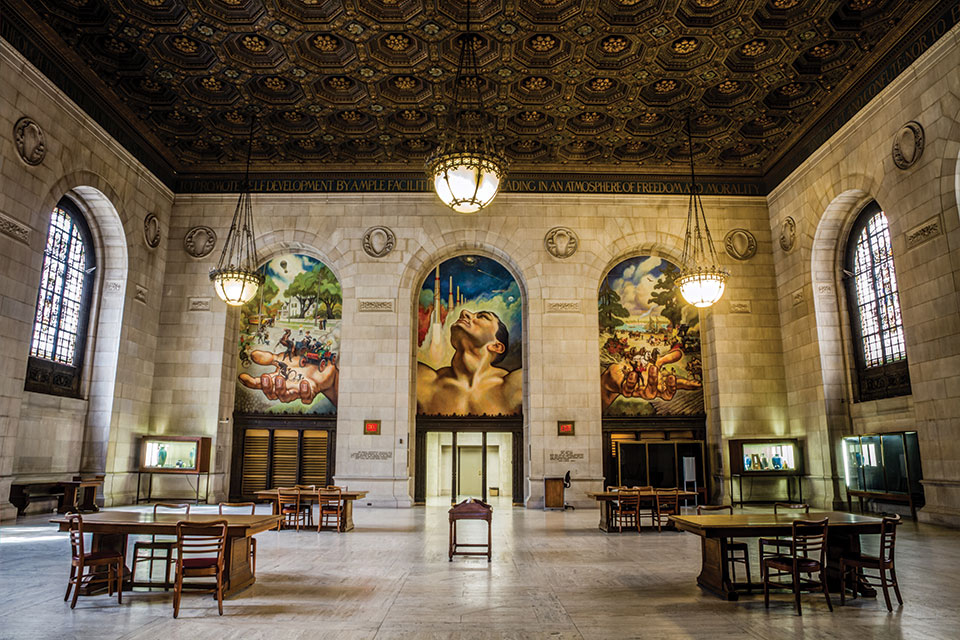 Despite, or maybe because of, Detroit’s rough reputation and troubled economic history, the literary scene in the city is vibrant and innovative. Detroiters are accustomed to finding new solutions to old problems, and the creative outlets here reflect this. Wayne State University holds an annual Midtown Literary Walk with stops at bookstores and literary presses for readings by local poets and fiction writers. Literary Detroit hosts a regular “Motor Signal Reading Series” at a local letterpress studio that features musicians and authors in free-form collaboration.

Faced with blighted neighborhoods, high unemployment rates for skilled trades, and vacancy problems, Write A House cobbled together grants and crowdfunding to do the unthinkable: each year, the organization trains builders to rehab blighted homes, then gives those homes to authors, entirely free of charge. So far homes have been awarded to four writers, and the program plans to expand and continue building. The program raised more than $200,000 in less than two years. This could only happen in a place like Detroit.

And place matters. Marygrove College’s Literary Map of Detroit leads readers on a treasure hunt through locations significant to literary Detroit. For example, the entry for Paradise Valley, long home to Detroit’s artistic African American community, highlights the work of novelist Jeffrey Eugenides and poets Toi Derricotte, Murray Jackson, Robert Hayden, and Dudley Randall. Randall played an especially vital role in the city’s literary scene when he founded Broadside Press in 1965 to promote his and other African American poets’ work. The poems of Paradise Valley are all that remains of a once-bustling area: it was razed in the 1960s to make way for a freeway. Hayden’s poetry in particular serves as a haunting elegy for his childhood home, now lost.

Detroit writers have never been known to shy away from brutal honesty. Poet Laureate Philip Levine’s unflinching and almost brutal characterization of life in Detroit’s auto factories demonstrates the native Detroiter’s marriage of pragmatism and poetry. As a geographically vast city with a wealth of diversity, there is no one style or voice to Detroit literature, but a wistful yet practical sensibility drives many of its writers.

Joyce Carol Oates’s Them ends just as the 1967 riots engulf the city. In the novel’s afterword, she writes, “How like an exiled ghost I continually revisit Detroit, prowling these streets, doomed to see—what? . . . The essence of a place and a time. That magical conjunction of one’s self and the larger, communal, mystical, and unknowable soul.” As the fiftieth anniversary of the unrest approaches, bringing reflections, conferences, and several new books, many Detroit writers will be revisiting the streets and the literature that have brought us here. They’ll also be examining the tensions in 1967 and in the present, in hopes of finding what can be done with what we’ve lost. It will be work, but that’s what we’re used to.

Mickey Lyons is a Detroit-based writer.