[57] In the beginning they said: Let there be no light, and the light went out.

[56] And darkness descended upon the Figueroa borough in Santurce for many days and many nights. The power lines were down and the grids were ancient and the utility poles needed fixing and the Electric Power Authority was overwhelmed with chaos.

[55] Yet making the most of the outage and the lack of prime-time TV, Pepe laid down with Yamadiska, Tabito’s wife, and she begat Franklin.

[54] Pepe lived for twenty-three more months, until one afternoon Tabito, as vengeance for sleeping with his wife, shot him twice.

[53] A lot of things got real messy in those days, and Tabito fathered more children, not just with Yamadiska but with Tuti and La Flaca.

[51] And Franklin went from boy to young man, moving on up through the ranks by working as a mule, while Tabito watched his son grow up in his image and likeness.

[50] In those days and in spite of the constant risk of dying at the hand of a certain Moncho, Tabito had made it alive to thirty-nine, which in that neighborhood, where there was evil aplenty, was like living to four hundred anywhere else.

[44] And Franklin’s cousin, Waleska, died too, one New Year’s Eve when Franklin shot her by accident when he was playing with Tabito’s gun.

[43] Apparently Waleska had a little sister, Irkamary, who witnessed it all but kept her mouth shut—she was real little, but she already knew what they meant when they said, Be fruitful and multiply, partyeth, twerketh, doeth whatever thou feel like, but snitches get stitches. She did, however, swear to herself then that one day she’d get the hell away from that place and from her family, to Orlando if she was lucky, the promised land.

She already knew what they meant when they said, Be fruitful and multiply, partyeth, twerketh, doeth whatever thou feel like, but snitches get stitches.

[42] So, anyway, no one in the neighborhood snitched on Franklin, and in the end they chalked it all up to a stray bullet.

[41] In time, Franklin made a deal with Manuel.

[40] And together they offed Chucho, son of Lydin, who’d been Pepe’s woman before Yamadiska, which made him Franklin’s half-brother.

[39] Then Franklin laid down with Jubelín, who’d been Chucho’s girlfriend, and they conceived Yumal.

[38] And Franklin lived another eighteen months.

[37] Until a couple of guys sent by Tatín cut him off at the Farmacia Americana on Loíza Street one afternoon and sent bullets flying at the whole family, him and Jubelín and baby Yumal, right in broad daylight.

[35] Manuel lived for ten more months until Polito shot him in front of a pool hall.

[31] As for Tabito, at fifty-five his days were numbered; in those circumstances that was like living to be eight hundred years old.

[30] But he tied the knot with Irkamary, Waleska’s sister, and they procreated.

[29] The months went by until Irkamary and her big baby bump were visited by two missionaries with copies of The Watchtower magazine. They talked for the better part of an afternoon—they started out at the front door standing in the sun, then went inside and had coffee in the living room—and said a lot of righteous things to Irkamary.

[28] That night she pleaded to Tabito: We can only be saved if we enter through the narrow gate.

[27] Tabito paid close attention to what she was saying because not only was his wife about to pop out his baby, but a storm was also on its way to flood the earth, or at least the little Caribbean islands that were in the path of a Category 5 hurricane.

[26] Tabito made his way to the temple—might as well pray, prove you’re a pious man who deserves mercy—when Cholo, Moncho and Sonya’s kid, greeted him with a knife.

[25] Tabito keeled over, a dying man, and Cholo rushed back home to prepare for what was going to happen next, since he had a whole lot of possessions to look after.

[24] You see, Cholo hadn’t been sleeping well for a while and kept having nightmares about fat and skinny cows (Cholo, who was lactose intolerant).

[23] So a spiritualist interpreted his dreams, saying they were trying to give him a message: “Thou shalt secure your house against the imminent damage, board everything up and lock yourself in with your dogs, your cats, your chickens, your macaws, your guinea pigs, and that iguana you call Freddie.”

[22] And so he did, he followed the instructions word for word.

[21] And the next day the winds rushed onto the earth, opened the fountains of the great depths and the floodgates of the heavens.

But every precaution he took was for shit because the roof of the old gym where he sold yak was lifted right off.

[20] But every precaution he took was for shit because the roof of the old gym where he sold yak was lifted right off. For a moment it swayed in the sky like a kite before shattering right over his house.

[19] Cholo was squashed but the animals survived untouched, the males and the females.

[18] Then it rained for seven days straight.

[17] And the people lamented because an immense darkness fell over the land.

[16] The blackout went on well beyond forty days and forty nights.

[15] From the Parada Quince to Ocean Park the streets reeked of garbage that the city hadn’t been able to collect and murky water that sat pooling in the sewers.

[14] Also, Cholo had yet to be cremated because the funeral home didn’t have a generator.

[13] Irkamary, alone, her baby due any day now, noticed Yamadiska, the deceased Tabito’s first ex, was giving her nasty looks.

[12] That night, to calm down her two pit bulls, she took them for a walk out to the Walmart on R. H. Todd Avenue.

[11] There, an angel appeared to her, flashing a smile and blinding anyone who looked straight into his eighteen-carat gold grill.

An angel appeared to her, flashing a smile and blinding anyone who looked straight into his eighteen-carat gold grill.

[10] Yamadiska could sense she was about to have an important vision.

[9] And in her vision, a chorus of reguetoneros buzzed around her singing about how the big apocalypse was comin’ from above, that humans were being smote for their wickedness, and soon over Santurce—the land of swindling, two-timing, hustling, and general badass-ing—a great plague would fall, and not like the old ones because this one loomed worse than Zika, chikungunya, and dengue fever combined.

[8] To escape the plague, Irkamary slipped out of the neighborhood with one of the old missionary women and never turned to look back, not even to peek out the window on the plane going direct to Florida, lest her dreams turn into a pillar of salt.

Two hurricanes and one pandemic followed her to Tampa, and Irkamary spent them brooding in a motel room, convinced the promised land was a scam.

[7] Two hurricanes and one pandemic followed her to Tampa, and Irkamary spent them brooding in a motel room, convinced the promised land was a scam.

[6] Then one afternoon the torrent from the heavens finally let off, and Irkamary’s water broke. [5] On the way to the hospital her Uber driver hit a dove and, leaning out the window to look, Irkamary saw a beautiful rainbow—a flag waving at the gay pride parade.

[4] It’s the sign of the covenant, she thought. This will be a new beginning.

[3] And she decided: I’ll be a pharmaceutical rep. I’ll sell Prozac in swanky clinics instead of stolen Percocets on the street, and my kids will go to Disney World. 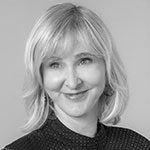 Tere Dávila  (b. San Juan) is the recipient of two Puerto Rican National Prizes: for her novel, Nenísimas, and the short-story collection Aquí están las instrucciones, both published in 2018. She has also published three other short-fiction collections, children’s books, and books on Puerto Rican culture. Her short stories have been translated and feature in international anthologies and literary magazines. In 2017 she received Puerto Rico’s New Voices Award, and in 2015 her short story “El fondillo maravilloso” was adapted into an award-winning short film. 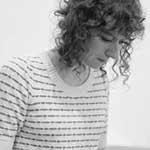 Rebecca Hanssens-Reed is a translator and writer whose work can be found in Conjunctions, New England Review, Hayden’s Ferry Review, Washington Square Review, Asymptote, and elsewhere. She has an MFA in literary translation from the University of Iowa, where she was also a Provost’s Postgraduate Visiting Writer. Her translation of the novel Gelsomina Inside the White Madhouses, by Margarita Mateo Palmer, is forthcoming from Cubanabooks Press.