Diversifying Bookshelves: From Trend to Norm

IN THE WAKE of the murders of Ahmaud Arbery, Breonna Taylor, and George Floyd, America woke up to find itself in the midst of a national reckoning over race. Calls for justice and dismantling white supremacy began to touch every aspect of American life—including the literary world.

Black-owned bookstores received an unprecedented amount of orders and general support, eight of the top ten books on the New York Times’ nonfiction best-seller list for the week of June 21 were focused on race and antiracism, and there’s a general increased interest in literature by nonwhite authors as many readers work to “decolonize” their bookshelves.

This shift in reading is important. Books are a powerful tool in educating and enlightening our minds. Reading about race and listening to the voices of Black people are perfect first steps in becoming antiracist and understanding not only our own implicit biases but also the systemic inequities that continue to prop up white supremacy.

This is what led librarian Nicole A. Cooke to create the web resource Anti-Racism Resources for All Ages. While there are hundreds of booklists floating around social media, Cooke’s (color-coded!) site directly links to PDFs, videos, articles, book reviews, and more. Materials for kids and young adults are green, media and important works are red, and other colors represent work she’s used in her classrooms or material of special interest. The compilation has almost two hundred resources, but Cooke believes it “is just a starting point to encourage people to do their own work and have their own hard conversations.” 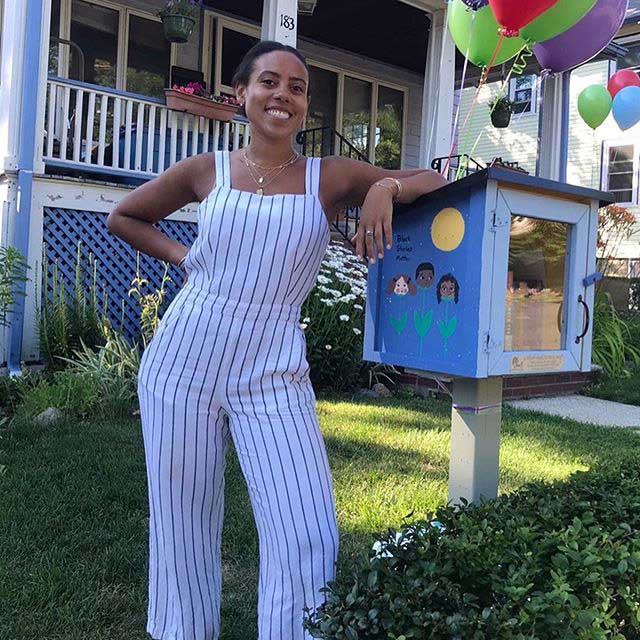 Fulton Street, a bookstore in Tulsa, Oklahoma, was also looking to provide people with a starting point to do the work and have the hard conversations. That’s why they launched the Ally Box, a limited book subscription “for allies (and those who seek to be allies).” With a choice of a one-, two-, or three-month subscription, each box comes with two books, curated resources, suggested action steps, and access to an online learning collaborative.

Becoming antiracist goes beyond educating oneself on the pain and trauma associated with our country’s history. It starts with simply seeing people of other races—their lives, their experiences, their stories—as equal to our own. And that can’t happen if our lives or our reading is whitewashed. This is why public-school librarian Sarah Kamaya began Little Free Diverse Libraries. Starting in Arlington, Massachusetts, Kamaya began raising money to stock the Little Free Libraries around her with books by BIPOC authors. “I just thought to myself, ‘something is missing in this town and I want to do something about that,’” Kamaya said in an Instagram video posted on July 16. She kicked off her project on June 3 and in just over a month raised more than $13,000 and distributed more than 775 books to Little Free Libraries—and not just in Massachusetts, but in all fifty states. You can follow the project on Instagram and perhaps consider joining in her efforts to diversify the Free Little Libraries around you.

One can only hope that the demand for diverse and antiracist literature isn’t just a trend but will become the norm. Diversifying our bookshelves is a crucial step for any reader seeking to be antiracist. Supporting Black lives also means supporting Black artists, writers, and stories. But it doesn’t stop there. We need to let what we read inspire us to be change agents just like Fulton Street, Nicole A. Cooke, and Sarah Kamaya.

Bunmi Ishola is a former journalist and middle-school teacher who now works in children’s book publishing. She’s constantly guilty of tsundoku, but that hasn’t stopped her from buying more books. She loves to travel and has been to over twenty countries and every continent except Antarctica. When she’s not reading, buying books, or traveling, she’s probably watching something on Disney+, HGTV, or Food Network. You can find this former WLT intern on Instagram @bunmi_ishola.