Turned to her toys and said
the first to realize
will be those who watch over the air;
those who survive
will stay away from machines
and retreat to the few remaining forests,
they will never send another text message
or their children to school,
but they will sing and mourn
the way one sprouts avocado seeds
on toothpicks;
they will speak of heavy metals in the air,
remember the names of clouds,
read in the shade of tree trunks. 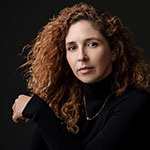 Mara Pastor is a leading Puerto Rican poet, editor, and scholar. Pastor is the author of several collections of poetry, including Natal Debt, translated by María José Giménez and Anna Rosenwong, which was selected for the 2020 Ambroggio Prize, given by the Academy of American Poets, and is forthcoming from the University of Arizona Press. She is an associate professor of Spanish at the Pontifical Catholic University of Puerto Rico in Ponce. 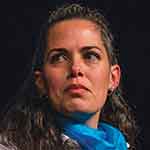 María José Giménez is a poet, translator, and editor whose work has received support from the NEA, the Studios at MASS MoCA, the Breadloaf Translators’ Conference, Canada Council for the Arts, and BILTC. María José is the author of Chelated and co-translator of Mara Pastor’s Deuda Natal, winner of the Academy of American Poets’ Ambroggio Prize. 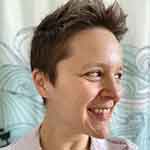 Anna Rosenwong is a translator, editor, and content strategist. Her work has been honored with the Best Translated Book Award, the Academy of American Poets’ Ambroggio Prize, and an NEA fellowship. Her publications include Deuda Natal (Mara Pastor), Diorama (Rocío Cerón), and here the sun’s for real (José Eugenio Sánchez).