Against Architecture by Franco La Cecla 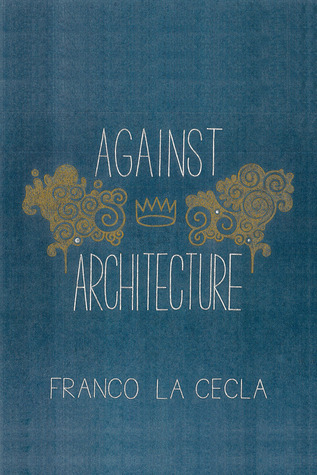 Chastising architects is once again in fashion. Whether it is Architecture for Humanity admonishing architects to “Design like you give a damn” or recent graduates, such as Eric Cesal, blaming designers for the perceived irrelevance of the profession, substantive and important critiques of the architectural profession abound these days. Franco La Cecla’s Against Architecture joins in this conversation, offering, in his words, “an indictment against the laziness of a profession that used to promise a lot and that today is a washout.”

La Cecla, a Sicilian anthropologist and writer, examines the failings of the profession through his own travels and work with architects, most notably Renzo Piano’s campus expansion work for Columbia University in New York. He also reflects on events and developments such as the uprisings in Paris’s banlieues in 2006, the rebranding of his hometown of Palermo, and the growing role of demolition contractors in shaping cities. At times, La Cecla offers scathing critiques of a profession that strives to shape the culture and fabric of cities but fails to get beyond simply serving clients’ needs. He argues, for example, “Far from representing the troubled conscience of neocapitalist real estate, architects today are, generally speaking, adolescent hobbyists who are selling themselves as public artists.”

While such one-liners are pointed and often just, overall La Cecla’s discussion fails to consider the problems he identifies in any depth. His ramblings gloss over but never truly delve into the structural problems of the relationship between political power, the media, and the economics of real estate in contemporary cities. Moreover, he fails to offer any substantive discussion of the many alternative models of practice and education that have arisen in the last few decades, many of which are far more radical in their methods than Renzo Piano’s engagement with the citizens of Harlem, which is effusively praised by La Cecla. Not even the Rural Studio, now a classic example of an alternative model of education, warrants a mention by La Cecla.

La Cecla’s breezy and conversational style is unfortunately prone to gross generalizations and exaggeration. At one point, for example, he compares the prominent Italian architect Massimiliano Fuksas to a Nazi collaborator for having characterized the social problems related to the built environment as firstly political in nature. Throughout the text, La Cecla continually lumps all architects together (with the exception of his friend Renzo Piano), overlooking the rich diversity of approaches taken to architectural practice at this moment.

Against Architecture offers a tour through the world of contemporary architectural practice guided by Franco La Cecla. Though neither focused nor deep, the book nevertheless manages to provoke some important questions about the role of the architectural profession in shaping the built environment today.