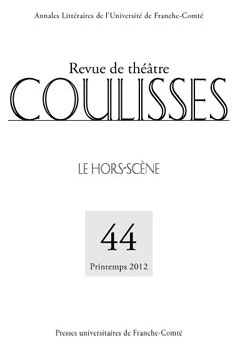 Ronald is one of twelve Haitians under the blue tarp of a speeding pickup truck on a nocturnal journey across the border. All are from the small town of Piment; all have different reasons for leaving their native ground. Évelyne Trouillot’s play is about a key element of the Haitian psyche: leaving one’s homeland for an allegedly better life, in this case, on the same island.

The present is juxtaposed against the past as Trouillot deftly shifts from the physical interaction in a confining truck bed to the events in the characters’ pasts that pushed them to leave for a better future. Like Ronald, most leave for economic reasons. Moody Lorette is leaving because her attempt to run a pastry shop fails due to a lack of clients in her small town and, on a lighter note, because she’s become allergic to flour.

Enzo Gabriel, though, is leaving to rejoin his Dominican wife. He had been separated from her and their three children when he was deported after having lived there for ten years. Madeleine goes looking for her husband, whose hardware store in Piment failed and from whom she has no news. The border separates lovers and has driven Madeleine close to madness.

Appearing in all six scenes, Ronald unifies the play, and his destiny is a primary weather vane of the play’s significance. The presence of his pregnant sister, Fifi, in the truck amplifies his role. Her importance transcends economics and her inability to make a career as a couturier (seamstress). Her deepest emotional attachment is to a man who is not her husband. Overcoming the cloistering effect of guilt, she reveals her secret to her brother. Ronald then reveals to her his debasing seduction the day of their mother’s funeral and his guilt about having wasted their deceased mother’s money on his ill-fated body-repair shop.

Unlike Évariste, a barber, or Jean-Marie, an ambitious drug dealer, Ronald leaves unwillingly and has promised his wife to return within five years. By narrating his encounter with an older man at the airport in Port-au-Prince who is finally able to leave for the States but who is crying, Ronald reveals his own nostalgia. Trouillot emphasizes the importance of this pivotal sequence through repeated reference to TiCorn’s famous song, “Ma prale” (Je m’en vais).

The playwright, in the end, was perhaps a prisoner of history:  what might be considered pure imagination was based, we know from the “Présentation,” on a historical incident in 2000. The characters’ inner turmoil—Fifi’s tension between her sensual relationship to Gérard and her orthodox relation to her husband, for example—is universal and gives the play its psychological depth. This reviewer is eager to see this play staged and to read the translation of Évelyne Trouillot’s fascinating play in English. (Editorial note: To watch videos of TiCorn’s music, visit www.ticorn.com.)