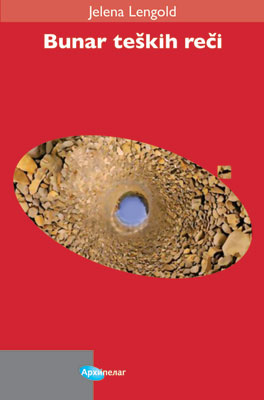 Jelena Lengold’s sixth book, Bunar Teških Reči (A well of heavy words), published twenty years after her previous poetry collection (she has published three collections of stories and a novel in between), contains fifty-four mostly dark, surreal poems. She begins, oddly, with a poem entitled “Finally,” an ars poetica in which the speaker realizes, in the sixth decade of her life, that poetry doesn’t require much space or material and that all one needs is a quiet corner. In the poem “Love,” a couple meets and realizes they suffer from the same illness; he doesn’t have long to live, while the woman has already died—and that is how the relationship “began.” It seems that getting older and living through the last twenty years in ex-Yugoslavia haven’t been easy, to say the least.

Love and death go hand in hand in these poems like the dichotomy of creation and destruction. Her poems often include lists and extended metaphors. In another poem, “Oh, Yeah,” she speaks of what it is like to be married—“a real wonder.” She’s excited by the faraway bad smells from the well, which remind her of her man, as in the title poem. You never know what to expect in this collection—it is full of surprising, fresh language and often-surreal images, for example a dead spider caught between the window panes of an airplane—not knowing he’s flying (“At the Wrong Place”) or about a man being called by the railway tracks in a metro to jump. In “It Would Be a Real Relief,” the poet wants to find out if she is going to die so that it will finally be over, and she can enter “the magic world of silence.” These are fatalistic words.

There is no hope for relief here in an extremely tense situation, which has lasted so long in Serbia, and perhaps that is the reason why Jelena Lengold hasn’t been able to write poetry during this time. The facts—reality, death, and destruction—have taken over, as these surreal poems attest. A quiet corner has been hard to find . . .