I Lived on This Earth: Hungarian Poets on the Holocaust 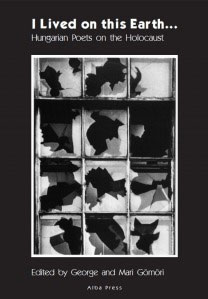 The contents of this handsome and moving book are summed up on the back cover: Jewish and non-Jewish Hungarian poets express their thoughts on the Holocaust, which—apart from death camp experiences—include the dealings of the Nazi regimes in neighboring lands as well. Moreover, the ideological pestilence that produced the Holocaust has also affected the rest of the world because the direct murders were part of World War II. In addition to its literary merits, this anthology is a reminder in 2012 of what happened in the 1940s.

The original poems of this book were written in Hungarian, texts of a belletristic tradition, and were translated by the two editors as well as by the English poet Clive Wilmer. The poets include Radnóti, the Anglo-Hungarian poet George Szirtes, Vas, Castro and Gyukics, Lakatos, Zollman, Mezei, Feldmár, Csoóri, Liebert, Székely, Roberts and Kurdi, Tótfalusi, Orbán, Gorman, K. Miklós, Szilágyi, McKendrick, Daróczi, Berengarten, Sumonyi, Bosley, Turczi, Munzel, and Borbély.

In his foreword to the collection, Sir Martin Gilbert writes: “Each poem in this volume is a world of its own, an assertion of the struggle of the human spirit faced with inexplicable torments.” And so it is—the Holocaust lacks merriment, even optimism; the poems are a cycle of Jeremiads each showing that living at the time would have been equal with staying in hell.

The three outstanding poets of the anthology had different fates. Miklós Radnóti, a Catholic convert, was arrested as a Jew and martyred in Lager Heidenau in Serbia. His final poems were found in the pocket of his greatcoat, among them this fragment: “I lived on this earth in an age / When man fell so low he killed with pleasure / And willingly, not merely under orders . . .”

János Pilinszky suffered the fate of a POW and transmitted his experiences into haunting poetry: “And like a cattle-yard prepared / for the herded beasts outside – / its gates flung open violently – / death, for them, gapes wide.”

István Vas, a man of letters and an exceptional intellectual, survived the Hungarian fascist regime hiding in the flat of a friend. He commented on the order to wear a yellow star: “It’s not those who today wear stars, / under my own I bear the scars; / my country’s yellow mark of shame.”

The anthology contains a wide range of poets: those Jews who died, those who survived the Holocaust, whose relatives persisted, those who were Romani, those who are now middle-aged, and those who are young. It is a reminder to remember and to remain vigilant.