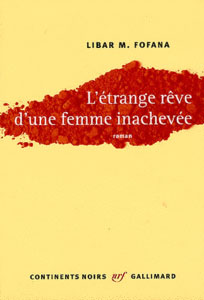 Libar Fofana, whose father was imprisoned and tortured in one of Sékou Touré’s prisons, escaped from Guinea in 1976, when he was seventeen. After working in Europe, he began writing in 1993. His fifth novel, set in Guinea, tells the story of two conjoined twins, Hawa and Rama, the latter always called “Toumbou,” which means “worm.” They are raised by Saran, a widow who gives them love. They go to school, where Toumbou (Rama) shows some ability as a political leader, but where Hawa, who has legs, must do the physical work. When they are sixteen, a young man, Mamadi, falls in love with Hawa and makes love to her. Toumbou, of course, is there, observing, wishing she were the loved one. The twins leave briefly for a larger town, where they are tricked into allowing people to watch them. On returning to their village, Hawa realizes she is pregnant. When a doctor advises an abortion, as Toumbou is unlikely to survive a delivery, Toumbou reacts forcefully. Having a child will, she realizes, give purpose to the lives of both twins. The pregnancy, spent in a hospital where the doctor can observe them, becomes the happiest moment of their lives. The baby arrives, Toumbou dies, and the doctor cannot save Hawa. The baby, however, is normal and will bring some peace to Saran and to Mamadi.

While occasionally referring to the Guinean government, which does little to help the common people, the novel is not political. Rather, it presents a situation that could occur anywhere. It tells the strange tale of the “unfinished woman” with simplicity and strength.