A Life in Letters by George Orwell 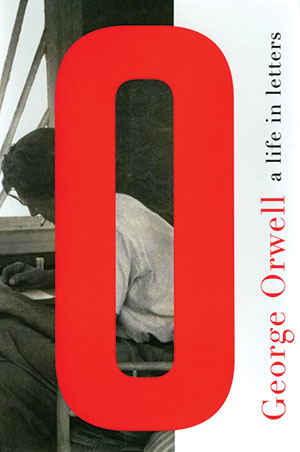 “When I was a kid you could walk into a bicycle shop or ironmonger’s and buy any firearm you pleased, short of a field gun, and it did not occur to most people that the Russian revolution and the Irish civil war would bring that state of affairs to an end. It will be the same with printing presses etc.” (5 March 1939).

“What worries me at present is the uncertainty as to whether the ordinary people in countries like England grasp the difference between democracy and despotism well enough to want to defend their liberties” (8 January 1940).

“Most of them [the intelligentsia] are perfectly ready for dictatorial methods, secret police, systematic falsification of history, etc., so long as they feel it is on ‘our’ side” (18 May 1944).

The political sense exemplified in George Orwell’s letters is frightfully prescient in today’s political world. To some, the Orwellian world of government surveillance, politically correct thinking, and ignorance by citizens of the basics of representative democracy seem all too obvious. The danger—as expressed in Nineteen Eighty-Four—is not from our suppressors, but from a people’s willingness to be suppressed.

In his relatively brief life (he died of tuberculosis at age forty-seven), Orwell’s genius was in his political observations of the new world of post–World War II society. He wrote knowingly of fascism, communism, and imperialism. He was intellectually clear and wrote in straightforward language of the dangers of realpolitik.

Orwell did not live long enough to write his autobiography. A Life in Letters, along with Peter Davison’s editing of twenty volumes of Orwell’s writings and his diaries, aptly illustrates his life and hopes. Davison’s annotations and short biographies of his correspondents complement these fascinating—some momentous and others mundane—letters. The letters trace Orwell’s life from the 1930s (there is the odd letter to his mother in 1911 and portions of a letter to Cyril Connolly in 1920) to late 1949, in a letter written to Sir Richard Rees (Orwell’s literary executor, along with his wife) before he died: “Thanks so much for seeing about the boat and for rearranging my books. . . . I am getting on quite well and feel distinctly better since being here [in hospital].”

Marrying his second wife, Sonia Brownell, in October 1949—his first wife died at age thirty-nine following surgery—he had looked forward to being well enough to recuperate in Switzerland but died the morning of January 12, 1950, with “his beloved fishing rods standing in the corner of his hospital room.”

In distilling the 1,700 letters written by Orwell, Davison set himself two goals: the letters should illustrate his life and hopes, and “each should be of interest in its own right.” This volume admirably fulfills this twofold mission; it is a tribute to Davison’s decades-long scholarship on Orwell’s life.