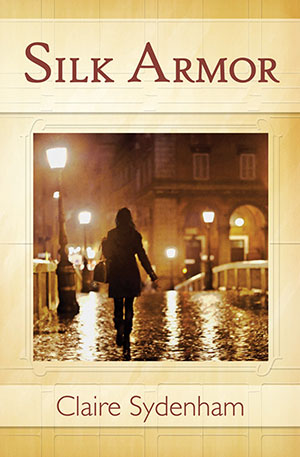 In the town of Eskişehir, Turkey, fate is called kismet. In Silk Armor, debut novelist Claire Sydenham never lets her readers forget that it is the unseen force of kismet pushing her characters into the individuals they are destined to become. In this twisting tale of destiny, secrets, and growth, Sydenham’s narrator—named Claire—is an ex-pat university English teacher working in Turkey. Claire expected to spend a year discovering a Turkey without complications. However, she finds herself involved in a secret affair between a coworker, Victor, and Didem, one of her students. Much of the story reveals itself in Claire and Victor’s trip back to the United States. Claire appears to know many of the obvious facts about their relationship, but she probes Victor for answers about another female student—Sevgi, Didem’s childhood friend from the village of Karaağaç—who suddenly disappears.

The plot seems simplistic at the outset of the novel, because Claire has not yet discovered all the information. However, each twist and turn will take the reader into a deeper understanding of the kismet that ties all the characters together. Claire’s search to find Sevgi’s whereabouts opens a well of secrets, creating tension and desire in the reader to discover the truth along with Claire, who reluctantly must partake in the search. The search proves to be the most important part of the story as Claire realizes that each person has made “mistakes—fated mistakes.”

A Western reader will find a familiar guide in Claire as they discover Turkey and its people alongside her. A Turkish reader will understand this familiar story of rebellion against family and traditions. Special attention is paid to the deeply symbolic veil that is a prominent motif in the novel. Because the details about Turkey are told through the perspective of an outsider, the feeling of being veiled and protected from real life is potent in the story. Both men and women, whether they look towards home in the East or the West, will be able to discern the power of the veil to cover and to protect. However, Silk Armor does not seek to question the validity of tradition or to compare differing cultures. Sydenham’s power of crafting characters that walk the pages as individuals with their own thickly layered struggles—calling to mind the Turkish proverb, “One who is drenched does not fear the rain”—is compelling enough to make readers turn inside to the truths within themselves.