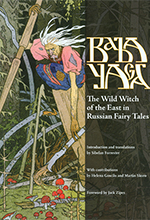 Baba Yaga: The Wild Witch of the East in Russian Fairy Tales

This beautiful collection of twenty-nine illustrated fairy tales lovingly portrays Baba Yaga. The wild witch embodies a capacity for both viciousness and compassion and acts according to her own decisions. That she appears in so many illustrated and spoken forms reminds readers that there is not only one but several Baba Yagas with which to reckon. 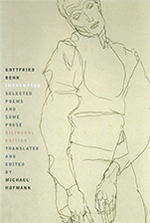 Impromptus: Selected Poems and Some Prose

Impromptus introduces the eclectic German writer and medical doctor Gottfried Benn (1886–1956) to an audience unfamiliar with his life and work. Hofmann’s compelling introduction of the writer begins with a bilingual selection of poetry and culminates with a selection of prose translated into English. 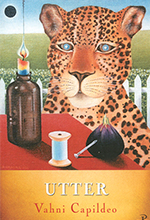 Vahni Capildeo turns words into scenes of total sensory immersion in her new verse collection, Utter. Her poetry weaves rich imagery of an alternate reality that asks you what the nature of life really is, and this question is both complicated and complemented by the diverse configurations and formatting of her verse. 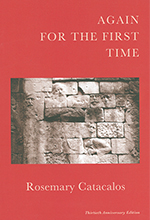 Again for the First Time

This handsome thirtieth-anniversary edition of Again for the First Time reintroduces the work of award-winning poet Rosemary Catacalos. Her poetry sings with classical and folk influences, balancing what transpires today with timeless and enduring observation. Honored as the 2013 poet laureate of Texas, she celebrates her deep roots in Texas and her ties to both Greek and Mexican heritages. 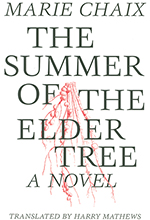 The Summer of the Elder Tree

The Summer of the Elder Tree provides a raw autobiographical account of Marie Chaix’s ten-year literary hiatus following the death of her editor. In this menagerie of old journal entries, conversations, scraps of poetry, and poignant revelations, Chaix explores in elegant prose the events large and small that have made her the woman and writer she is. 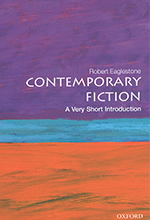 Fiction is re-visioned in this concise exploration of the contemporary writing phenomenon. Using the novel as the art form that best speaks to this new worldly “unboundedness,” the literary community is shown to be “infinitely enlarged” through the recent influences of globalization and the expansion of critical thought by postnationalism. 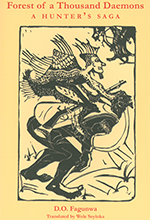 Forest of a Thousand Daemons: A Hunter’s Saga

This novel has multiple distinguishing characteristics: it was written by the most widely read Yoruba-language author, translated by a Nobel Prize winner, and was the first novel ever published in Yoruba. It is a reimagined tale of a hero’s journey and serves as an important connection to Nigerian folklore. 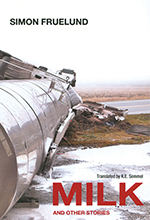 Milk and Other Stories

Milk and Other Stories is a compilation of fourteen short stories that follow the lives of fourteen ordinary individuals. These stories depict mundane moments that lead to moments of profound emotion. Instead of inflating ordinary moments, Fruelund makes the ordinary moments beautiful by using them as lenses to view human nature and the characteristics of emotion. 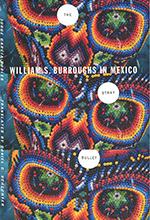 A major figure of the counterculture Beat Generation, William S. Burroughs spent three years in Mexico, at first to avoid drug charges in the United States, and then to reap the benefits of an unhindered lifestyle. Jorge García-Robles, a leading authority on the Beats in Mexico, skillfully blends meticulous research, interviews, and correspondence with Burroughs in this fascinating book. 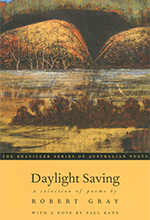 Robert Gray, Australia’s honored poet, is introduced to an American audience through work from 1965 to 2010. Gray’s deeply personal poems are filled with images of an Australian home and his careful translation of their beauty. He embodies Master Dōgen Zenji’s teaching of “all that’s important is the ordinary things” as he illustrates the profound moments in unremarkable quotidian life. 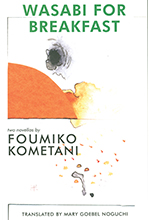 This book is comprised of two novellas, Family Business and 1,001 Fires Raging. Both feature female Japanese American protagonists and their struggles to maintain cultural ties to both their motherland and their current home. Kometani draws on her own experience as a Japanese American to open a dialogue about the difficulty in uniting two vastly different cultures. 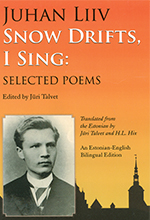 Jüri Talvet and H. L. Hix have brought twenty-first-century readers a remarkable gift with their selection and bilingual presentation of Estonian poet Juhan Liiv’s work. As well known in Estonia as Walt Whitman is known in the United States, Liiv (1864–1913) deserves to be widely read and to take his rightful place among the world’s great poets. 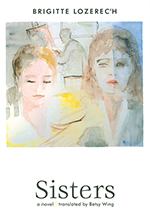 Two talented artists, husband and wife, follow their callings in pre–World War I avant-garde Paris. Life is complicated by the jealous machinations of a younger sister and a variety of friends and relatives. Brigitte Lozerec’h’s narrative is characterized by nuanced emotion and intricately described scenery, resulting in a novel that is itself a work of art. 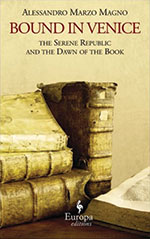 Described by one reviewer as a “hymn to books,” Bound in Venice is an essential read for anyone who loves books. The book follows the life of the Michelangelo of publishing, Aldus Manutius, and uses him as a springboard to launch into both the historical development of reading for pleasure and the history of the sixteenth-century Venetian empire. 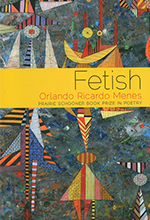 The cumuli and bilious forms that skate across the horizon of these poems call up a sense of longing through their invocation of the spirits of past ancestors. Well versed in the uprooted life of an immigrant, Menes’s profound references not only convey local color but also bring the essence of his family history eye level with the reader in these striking verses. 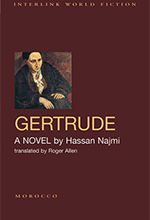 Committed to write the elderly Mohammed’s life story before he dies, the unnamed narrator struggles with the constant suspicion that Mohammed is spinning lies about being Gertrude Stein’s close friend and guest in her Paris apartment. Yet his growing fascination with the experiences inside Stein’s elite circle makes him hope that at least some of the stories could be true. 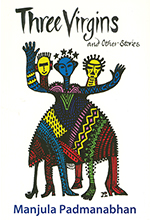 Three Virgins and Other Stories

Three Virgins and Other Stories is a collection of ten short stories on incredibly diverse subjects. Manjula Padmanabhan unites five stories from her previous collection, Hot Death Cold Soup, with five new stories, all of them riding the edge of strangeness. The compilation as a whole challenges social norms and pushes against acceptable boundaries, but each individual story carries its own unique signature. 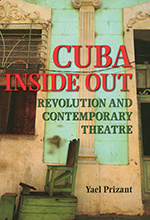 Cuba Inside Out: Revolution and Contemporary Theatre

In Cuba Inside Out, Yael Prizant examines the interrelationship between politics and the arts by demonstrating how the Cuban Revolution profoundly shaped the development of modern Cuban theater. Packed with beautifully poignant full-color photos and an analysis of seven post-Revolution plays, this book is perfectly suited for the lover of international theater. 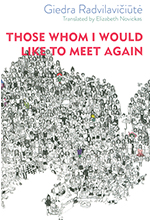 In Those Whom I Would Like to Meet Again, Giedra Radvilavičiūtė flirts with both fiction and autobiography to bring together ten stories that are independent yet interconnected. The patchwork the stories create together asks the reader to examine the relationship between the life of the writer and the stories that spring from her imagination. 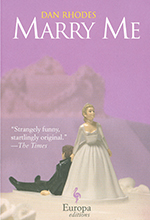 Marry Me is a somewhat curious compilation of short-short stories, most under a page long, that explore the vicissitudes of marriage from unexpected and startling viewpoints. Each story is set up with perfect comedic timing, managing to evoke double takes and spontaneous laughter. Dan Rhodes’s characters, whether bride, groom, or innocent bystander, are all constructed with an underlying sense of fondness and humor. 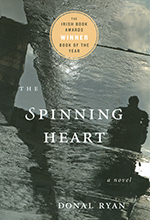 Winner of the Irish Book Awards Book of the Year and long-listed for the Man Booker Prize, The Spinning Heart captures the frustration and heartbreak of Ireland’s financial collapse as experienced by the tenants of a rural Irish town. Twenty-one honest and scalding human voices conspire to tell the tale of the myriad struggles engendered by financial desperation. 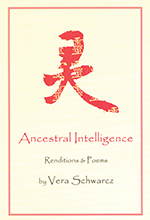 In this surprising collection of poems, Vera Schwarcz interprets the life of Chinese historian Chen Yinke (1890–1969) and laments the changes imposed upon traditional Chinese characters throughout history. Both parts of this compilation illustrate how language simultaneously experiences and protests political and personal hardship. In doing so, the author weaves her Romanian identity into a universal one. 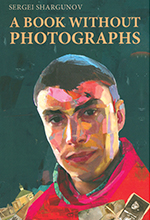 A Book without Photographs: The Secret Album

A four-year-old boy lies to an archbishop about owning a TV set. At seventeen, he studies journalism under a domelike structure at Moscow State University. Later, he has his camera card confiscated while on assignment in Chechnya. A collage of images, A Book without Photographs takes the reader on a tour through the writer’s Soviet childhood and early career as a journalist, photographer, and political activist. 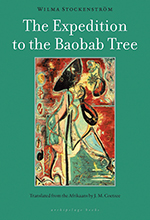 The Expedition to the Baobab Tree

A slave woman remembers her life as her survival becomes more uncertain in the African grasslands. The knowledge that she can make the decision about where her body will go is simultaneously liberating and frightening. Readers become one in the mind and imagination with her as she sorts through the meaning of her lifelong bondage in the fortress of a baobab tree. 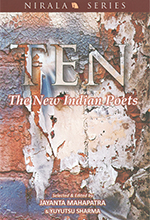 Ten: The New Indian Poets is an anthology featuring ten talented and diverse Indian poets: five men and five women writing in English about life in India. Each author’s unique writing style paints a different picture of India. The poems range from heartbreaking to hopeful and showcase some of the very best contemporary poets India has to offer. 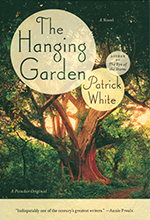 Winner of the Nobel Prize in Literature and long lauded as Australia’s greatest novelist, Patrick White penned The Hanging Garden in the twilight of his life. Twenty-three years after his death, this posthumous story—of two European preadolescents torn from wartime Europe in 1942 and flung parentless in Australia to make sense of the world together and separately—comes to light.