The Contemporary Spanish-American Novel: Bolaño and After 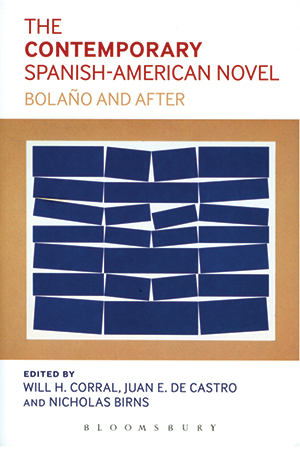 This unique collection of essays by fifty scholars and writers on the work of sixty-nine contemporary novelists from Spanish America is a valuable resource for scholars and readers alike. The authors included for discussion were born between 1949 and the early 1970s and have published the bulk of their work since 1996. The essays on individual writers are organized in six chapters based on their point of origin from one of the following geographical and cultural regions: Mexico, Central America, the Spanish speaking Caribbean and Venezuela, the Greater Andean region, the Southern Cone, or the United States. Although much of US Latino literature is currently being written in English, the editors conclude that the influence of these writers and their works on Spanish American letters, both in English and in Spanish translation, merits their inclusion in this volume. For readers who do not read Spanish, information is provided on recent novels that have been translated into English, and, for film aficionados, cinematic adaptations of novels by the authors studied are also cited.

This study presents the diverse nature of the contemporary Spanish American novel and the attempts by successive generations of writers to both receive and break with the influence of the strong novelists of the past. Today’s writers still work in the shadow of the Latin American Boom, which brought the region’s letters to world attention in the sixties and Nobel prizes to Gabriel García Márquez and Mario Vargas Llosa, and they are also influenced by the post-Boom writers of the seventies and eighties. The impact of several literary events signaling a break with this past are highlighted, including the 1996 publication of McOndo, a short-story anthology co-edited by Chilean writers Alberto Fuguet and Sergio Gómez, and of the Crack Manifesto (Manifiesto del Crack) by a group of Mexican writers including Pedro Ángel Palou, Eloy Urroz, Ignacio Padilla, Jorge Volpi, and Ricardo Chávez Castañeda. As the subtitle of this book suggests, the Chilean writer Roberto Bolaño (1953–2003) is the emblematic figure representing the emergence of the contemporary Spanish American novel.

Although the essays of this work provide useful biographical and bibliographical information for each author, they are not encyclopedia entries: the contributors have approached their authors from their own unique critical approaches and points of view. The result is a highly readable work that is both informative and stimulating. Readers of this volume will discover that the Spanish American novel is not only alive and well, but that it is in a process of continual renewal and enrichment. Yet the editors also note that the dissemination of works by lesser-known writers in Spanish America is sometimes still limited to their home countries and literary success is still to some degree measured by having one’s works published by prestigious foreign presses. Still, smaller, national presses are publishing works by local writers, and their works are being read.