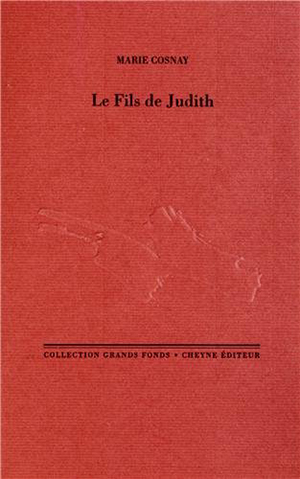 Marie Cosnay’s latest novel, like many of her other books, involves a quest for origins, as a young woman named Helen searches for her father. More broadly, Helen is trying to piece together the fragmented elements of her own story while at the same time attempting to tell that story. It’s a tall order, of course, and one that will lead her into a few narrative blind alleys. The man who raised her, Quentin, may be something more than an adoptive father; both Isole and Magdalena are compelling candidates for motherhood; Eugen, a mathematician who has never fit in anywhere else, is somehow entwined in Helen’s story, either as a brother or a father. Helen herself is always on the move, traveling from place to place in an effort to find people capable of telling her who she might be.

Cosnay’s narration is likewise mobile, alternating from first person to third person, shifting focus and point of view, insistently interrogative in tone, rather than declarative. Nothing is given outright here. Cosnay wagers on indirection, and we readers must engage in peripatetics similar to those of Helen herself, as we, too, look for truth (or some semblance thereof). Cosnay is not being deliberately obscure; rather, the process she is describing is an extremely arduous one, and it calls for a demanding narrative strategy. By that, I mean a strategy that places significant demands upon both author and reader.

As demanding as it may be, however, Le Fils de Judith is also a generous text, amply rewarding any efforts a reader invests in it. Pleasingly elliptical, consistently elegant in style, richly suggestive in terms of the interpretive possibilities it puts on offer, the novel encourages us to read doubly. On the one hand, we follow a character in search of a beginning that seems ever more dubious, the more she learns of it. On the other hand, we inevitably survey our own reading, recognizing missteps and wrong turns here and there as we make our way through this handsomely elusive book.