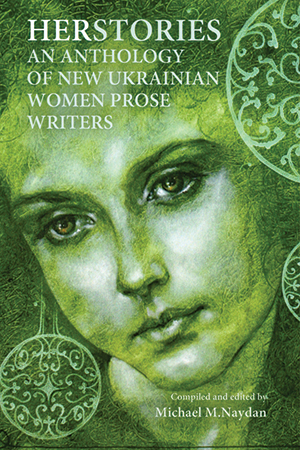 The common thread that unites the diverse works of fiction presented in Herstories is that they were all written by Ukrainian women. Editor Michael Naydan explains that he compiled this anthology in an effort to bring some due attention to the scores of women currently writing fiction in Ukraine (and a few from beyond) and to introduce them to the English-speaking world. This probably explains why he decided to include so many excerpts from longer texts; unfortunately, such a format would probably work better if its target audience could actually read the writers’ other works. In this case, the reader is frequently left puzzled by a piece taken out of context, or unsatisfied when she turns the page to find the story suddenly over just when it was getting good.

This abruptness is perhaps what lends a pervasive sense of incompleteness to what is seemingly a far-reaching collection. More thorough editing would probably have eliminated much of the confusion that even backing up and rereading a few sentences doesn’t clear up. It could also have brought consistency to the transliteration of names and places.

But the best works stand out on their own, in spite of any redactional shortcomings. Some of the exceptional talents include Larysa Denysenko, Natalka Śniadanko, and Liudmyla Taran. Many of the stories are draped in, if not cast in, a certain fairy-taleness that strives to persuade us (and mostly does) that the most interesting stories arise all around us. This is not magical realism, per se, for nothing breaks the rules of our world; it is rather a realistic look at the everyday, which takes on an almost sacral significance when sculpted out of prose. Central to this literary ordinariness is the quotidian dissatisfaction that forms the principal conflict of so many of the protagonists’ (female and male) lives.

More than just showing that there’s a whole wealth of female fiction writers beyond the poets of the Soviet period, this anthology also shows their adeptness at presenting multiple voices: women and men, young and old, urban and rural. In other words, female writers in Ukraine are not just interesting because they shed light on that mysterious “female psychological perspective” but because they are talented artists in their own right—so talented, in fact, that they escape simple taxonomy. These authors are not content to be classified as “new women Ukrainian prose writers,” and they’re bursting at the folds of these folios to stand on their own.