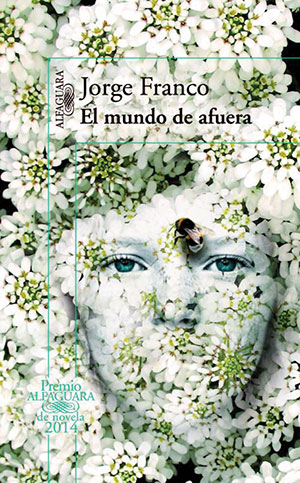 Jorge Franco studied filmmaking before turning his talents to fiction writing. He has produced six novels and a book of short stories. Although he lives in Bogotá, his preferred literary space is Medellín, the city of his childhood and a city with violent recent history. Two of his novels, Rosario Tijeras (1999) and Paraíso Travel (2002), which deal with issues related to the violence produced by drug trafficking and the difficulties faced by Latin Americans migrating to the United States, respectively, were turned into successful films. His most recent novel, El mundo de afuera, was the 2014 recipient of the Alfaguara Novel Prize, a highly coveted award for novelists writing in the Spanish language.

El mundo de afuera tells the story of the kidnapping of Don Diego, a Colombian Germanophile who admires Wagner’s operas. He falls in love with Dita, a German woman, for whom he builds a castle in Medellín. The castle becomes a prison for their daughter, Isolda, who, isolated from the outside world, creates an imaginary life for herself in the woods surrounding her home. Isolda is adored by her father, who wishes to protect her from the world outside the castle, and by her father’s kidnapper, who is obsessed with her before she dies at an early age. As the story of the kidnapping is revealed, details of this past are developed through the use of parallel stories and flashbacks. The author has stated on various occasions that the death of Isolda and the kidnapping of her father, which precipitate the destruction of both Don Diego and Mono Riascos in the novel, are based on real events that were harbingers of the violence that exploded in the city of Medellín in the 1970s and brought an end to the more peaceful and innocent times experienced by the author during his childhood there.

Franco’s style reflects his training in filmmaking. El mundo de afuera is a highly visual novel, and the author’s skillful use of flashbacks and clear, polished prose to develop the action of the different strands of the story maintain a high level of suspense and reader participation in the construction of this accomplished novel.