The Metamorphosis by Franz Kafka 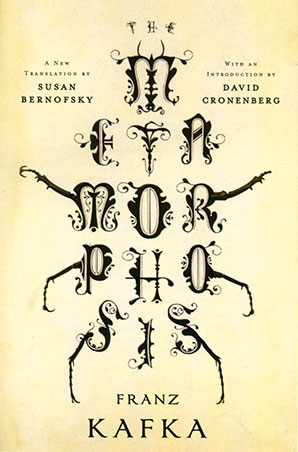 “As Gregor Samsa awoke one morning from uneasy dreams he found himself transformed into a gigantic insect.” This is how generations of English readers came to know Franz Kafka’s The Metamorphosis. What is one of twentieth-century literature’s most iconic first lines, translated by Will and Edwin Muir, is also one of the most reinterpreted. In 1972 Stanley Corngold would transform Kafka’s ungeheuren Ungeziefer into a “monstrous vermin,” while Michael Hofmann in 2007 introduced his readers to “a monstrous cockroach.”

In the afterword to this new edition, translator Susan Bernofsky discusses the challenge of translating Ungeziefer; whereas Hoffman offers the reader specificity, Bernofksy opts to highlight the word’s ambiguity with “some sort of monstrous insect.” This periphrasis, however, seems clumsy.

Occasional clumsiness is only one of this translation’s peccadilloes. At the end of the day, translation is about making choices, and at times Bernofsky’s choices are anachronistic. Consider the sentence, Wie nun, wenn er sich krank meldete? Here, the Muir translation reads, “Well, supposing he were to say he was sick?” Bernofsky, perhaps following Hofmann’s lead, renders the line “What if he called in sick?” While the telephone surely existed in the Prague of 1915, the chances that the Samsa house had one are unlikely. It is even more unlikely that the idiom “call in sick” existed in the English vernacular of the time. Moreover, the sentence immediately before “called in sick,” in Bernofsky’s translation, reads, “The clerk was the boss’s underling, devoid of backbone and wit.” The proximity of “sick” and “wit” creates an unwelcome rhyme. Bernofsky’s rendering of Prokurist as “general manager” feels equally malapropos, as does her choice of “drummer” for Reisende. While the connotation here is a “traveling salesman,” and “drummer” is a nineteenth- and early-twentieth-century term for traveling salesman, it is decidedly American, which makes it seems out of place alongside more British terms like “charwoman.” Moreover, Bernofsky’s attempt to justify her choice of “drummer” by linking it to Miller’s Death of a Salesman falls flat.

While Bernofsky’s prose can be a pleasure to read, the liberties she sometimes takes with her translations distract from its beauty. Her rendering of verdient ein Heidengeld (earns a fortune) as “rake in a king’s ransom” is one such example. While “rakes in a king’s ransom” communicates the gist, it seems an idiom too far.

Bernofsky is to be commended for her efforts to echo the original German with adjectives like “faintlike,” a literal translation of ohnmachtähnlichen and a neologism in English. Still, her diction oscilates too often between period and contemporary, colloquial and formal, and American and British. In the end, this vacillation creates an uneven translation.

Physically, this is an attractive publication, which boasts an introduction by David Cronenberg of The Fly fame. While likely intended to capitalize on the director’s celebrity, the introduction is more about Cronenberg than about Kafka. Speaking as a translator, it was nice to see Bernofsky’s name on the book’s spine, a space generally reserved for authors only.

Ultimately, we’re left with the question, Was a retranslation of The Metamorphosis necessary? Jeffrey Trachtenberg, writing in the Wall Street Journal, offers a possible explanation. The cost of retranslations, he points out, are relatively low, while the revenue potential of reissuing classics is high, compared to the cost and risk of bringing out a new translation of an unproven author, a phenomenon translator Jason Grunebaum, who translates contemporary Hindi novels, characterizes as “unfortunate” and a “zero-sum game,” adding, “for every retranslation, there’s one less new translation.” Unfortunate, indeed.