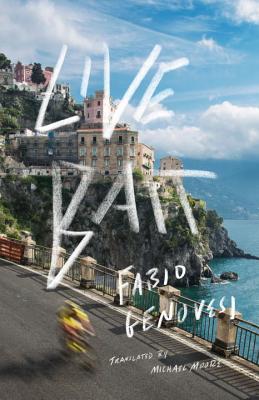 There are books that become a part of us as we read them, books we return to again and again. There are also books that we read for pleasure and, once the final page is turned, we forget about, moving onto the next. Fabio Genovesi’s Live Bait falls into the latter category. This is not to say that Live Bait is a bad book or is poorly written, because it’s not. Instead, Live Bait tells a story that we’ve heard before, but in a much more pedestrian way. At the heart of the book is the story of a son attempting to gain his father’s attention and love while still declaring his identity as something apart from his father.

The novel begins with a flashback to an accident that will leave the narrator, Fiorenzo, an amputee. While playing with some friends, Fiorenzo ties six M-80 firecrackers together to explode at once. Something goes wrong, and Fiorenzo loses his right hand. Later we are told that Fiorenzo showed promise as a cyclist until his accident left him unable to compete. That’s when a pretender to the throne, and his father’s love, comes in. Mirko Colonna, known affectionately as the “Little King,” is now taking the biking world in this small part of Italy by storm.

Live Bait reads like a modern-day fairy tale. Fiorenzo’s mother has died, so he lives alone with his father. But as Mirko becomes more successful as a cyclist, Fiorenzo’s father turns his attention to Mirko more and more, thus moving Fiorenzo to the background. In one illuminating passage, Fiorenzo sums up his life by declaring the following: “Because real emptiness isn’t finding nothing. It’s finding nothing where there’s supposed to be something. Something important that’s always been there, and then one day you look and you realize it’s gone.” At first one thinks of Fiorenzo’s relationship with his father in light of having lost his mother suddenly, but this statement evolves and points to something much more significant in Fiorenzo’s life, as we later discover. If every novel has a secret, then this is the secret of Live Bait.

Genovesi tells the story in the first person, thereby making the reader Fiorenzo’s closest companion. Ironically, the very things that should charm the reader fail. The language seems forced, and the relationship between Fiorenzo and the reader lacks the necessary depth that more successful stories told in the first person contain. The real problem with Live Bait is that it is simply too long. The language annoys, making Fiorenzo a bore.

Michael F. Moore’s translation does manage to capture the language of Fiorenzo and his friends despite this shortcoming. But this is a very different book than his earlier translation of Alberto Moravia’s Agostino (see WLT, Nov. 2014, 60). By translating these two very different authors, Moore seems to be a translator to watch in the future, and this can only be good for Italian literature making its way into English.